What Are the Odds? Math Students Calculate That The Chances of Finding Richard III’s Body Were Terrible 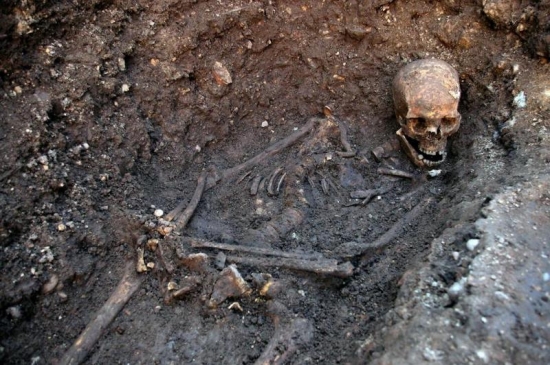 Hey, remember last month when researchers from the University of Leicester used DNA evidence to prove a body found underneath a parking lot was that of King Richard III? And then everyone was all like, “What are the odds?” Some math students at the same university went ahead and ran the numbers. As you’d expect, the chances of actually finding Richard III’s body were almost infinitesimally slim.

The archaeologists’ search was guided by detailed research that narrowed down the location of Grey Friars Church, which was the odd-on-favorite to be the burial site of Richard III with an 85% likelihood, and the researchers believed they had found the long-lost church with 98% accuracy. That helped the odds of finding him greatly, since it narrowed the search to one specific place instead of the whole of England. Even so, the chance of ever finding the body was calculated to be less than one percent.

What was doubly impressive about the Richard III find wasn’t that he was found, but that he was found on the first day that archaeologists were looking. The team led by Dr. Clive Rix and made up of students Junjie Wu, Gloriose Hitimana, Lucie Mungapen, Sukhdeep Rana in the math department of the University of Leicester broke down the numbers to calculate just how unlikely it was that the discovery would be made on the first day.

The team calculated that of the 17% of the total area of the church site that was available for digging, there was only a 25% chance that the choir, which was believed to be the burial site, would be available. Even if the body had been buried there, the chances of it surviving for so long to still be discovered were only 66%.

Finding the choir itself at the site at all only had a 15% chance, and then the chance of finding the grave within the choir was 80%. If a body was found, the students gave it even odds that it could be identified as Richard III’s body. After the students worked out all those probabilities and percentages, the odds worked out to be 1,785 to 1, or 0.0554 percent against the discovery of the body on day one of the search.

Besides the University of Leicester being the school that discovered the body and calculated its own chances of doing so, their physics department was responsible for the paper proving the possibility of Spider-Man stopping that runaway train in Spider-Man 2, making it quite possibly the nerdiest of all universities. Is it too early for my one-month old daughter to apply?

(via Phys Org, image courtesy of University of Leicester)