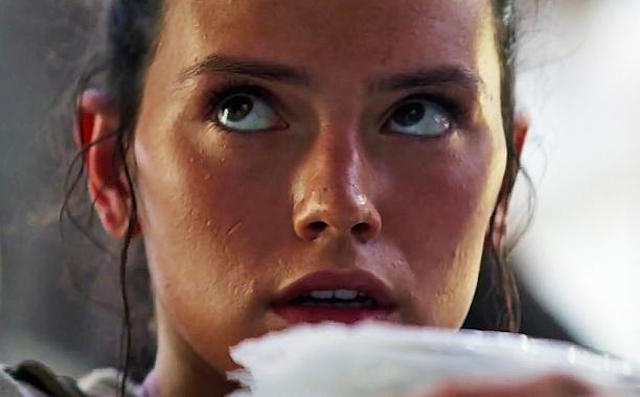 Spoilers for The Force Awakens incoming.

Rey is the undisputed star of The Force Awakens (even those bros who say the movie was “the equivalent of auto-castration” are really just testifying to her power), but predictably, she and her fellow badass Captain Phasma have been conspicuously absent from a lot of the film’s merchandise so far.

Their frequent omission isn’t surprising, considering Hasbro and retailers’ terrible history of ignoring female fans, but it seems like #WheresRey might be answered a little faster than #WheresBlackWidow or #WheresGamora.

8-year-old The Force Awakens fan Annie Rose’s letter about the exclusion of Rey from the most recent Star Wars Monopoly set recently made its way to Hasbro, who explained over Twitter why they chose not to include Rey in the game, which was released this past September:

I’m pretty incredulous that Hasbro wouldn’t have found a way to include Rey in more pre-release merchandise if they really appreciated the selling power of great female representation. I respect that they couldn’t offer Rey toys that feature her in all her lightsaber-wielding glory, considering the brouhaha that unfolded in December when Force-sensitive Rey action figures somehow hit Wal-Mart shelves, but then why not include scavenger Rey in Star Wars Monopoly or early action figure sets? (Aside from, you know, the obvious answer of “sexism.”) Without Rey, there isn’t really a Force Awakens–it seems like it defeats the purpose to sell a toy that’s supposed to represent the entire universe of the movie but doesn’t include its star.

Still, I’m glad that Hasbro at least seems to appreciate the power of Rey and apparently plans to offer more of her products beginning this month. In the meantime, if you understandably can’t wait that long to own some merchandise of your favorite space warrior, The Nerdy Bird has a comprehensive list of Rey products available for purchase right now.