Why Gamora & Black Widow Were Missing From Merchandise | The Mary Sue

Invisible Women: Why Marvel’s Gamora & Black Widow Were Missing From Merchandise, And What We Can Do About It 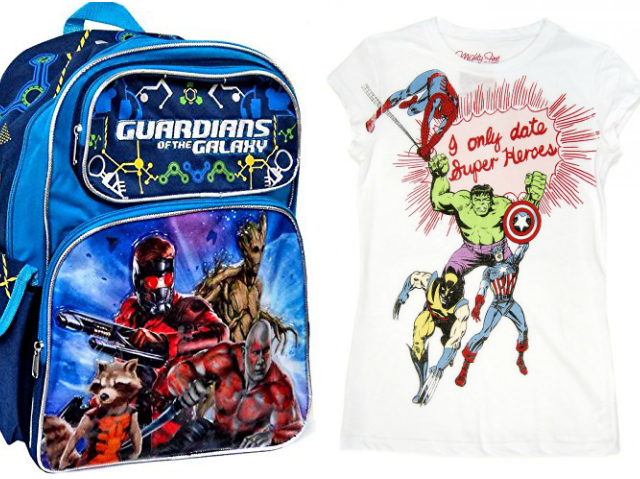 [Editor’s Note: The author of this piece is a former Marvel employee and wishes to remain anonymous.]

Disney does not care about Marvel’s female market, which makes us virtually invisible. I could probably populate Pluto with the amount of Princess items Disney makes. But where are Gamora and Black Widow? This exclusion of women from Marvel movie merchandise is completely purposeful. I know; I was there.

Prior to the Disney acquisition, Marvel did care about its female market; though, tactically, they were shooting in the dark. The Creative Services Department made style guides (design themes) for Elektra and The Women of X-Men, but most licensees didn’t want to put “sexy” images on children’s products. Even the juniors clothing line, Marvel HERoes, flopped. With slogans like “My Boyfriend is a Superhero,” how could it not? 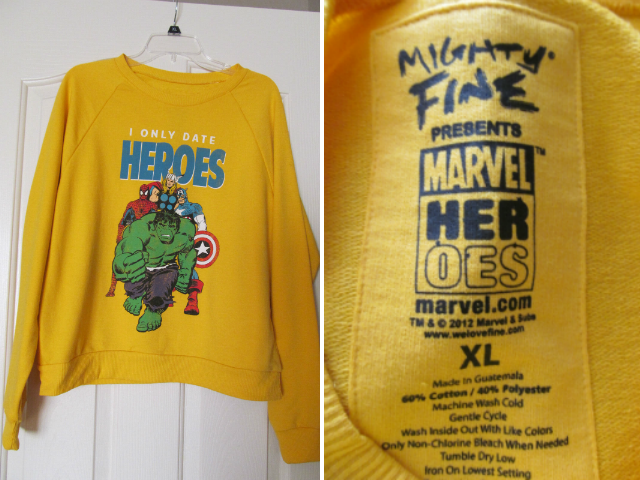 While working at Marvel post-acquisition, I saw a deck circulated by Disney’s Brand Marketing team. I’m prohibited from sharing the slides, but the takeaway is that, unlike the actual demos, the desired demographics had no females in it whatsoever. I asked my supervisor why that was. Ever the pragmatist, he said, “That’s not why Disney bought us. They already have the girls’ market on lockdown.”

I’d entered the comics industry because I was a comics fan. It hurt to see so plainly that to Disney, people like me didn’t matter. My demographic was already giving them money anyway, with Disney Princess purchases. Even now, there’s no incentive to make more Marvel merch for women, because we already buy Brave and Frozen products.

This does not come as a surprise, really. Anyone who knows about branding and marketing can tell you how most gender-skewed business models work (and most businesses are gender-skewed). It starts when we’re babies. Blue for boys, pink for girls. Separate, but equal. Sound familiar?

Disney bought Marvel and Lucasfilm because they wanted to access the male market. To achieve this goal, they allocate less to Marvel’s female demo, and even less to a unisex one. They won’t be interested in changing how they work until consumers understand what’s going on.

So let’s delve deeper into how licensing works. To obtain a Marvel license, you typically have to be a successful company with access to big distribution channels, like Wal-Mart, Carrefour, Target, Tesco, etc. Marvel sometimes licenses to smaller companies, but the contracts work the same. There’s a minimum guarantee, royalty rates, and a payment schedule.

Most contracts never fall below $100K for a minimum guarantee, and large companies like Hasbro will pay millions over the course of a few years. Royalty rates vary by style guide and distribution channel. Movie style guides tend to have a higher rate due to actor likeness fees, and the standard royalty rate is about 12%. To pay Marvel $25K, a licensee has to make over $208K. Moreover, they need to pay their employees and manufacturers and make a profit. For Marvel movie properties, licensees need to make as much money as possible in a short amount of time. Movie characters are hot only for a few months, so both Disney and the licensees will resort to what they know best: the “separate, but equal” strategy.

Now that my short intro into licensing is over, how do we change things? When complaining about the lack of Black Widow, don’t just tweet at Marvel and Disney. Contact the licensees. They need to know there is a high demand. They need those numbers. Look into companies like Mad Engine, Hasbro, Jay Franco, etc. Look at the tags and find those companies. Demanding Frozen products for boys would be a balanced, conjunctive step.

Another route is to create your own company and get a licensing contract. 3D printers for clothing will soon be available. Save enough capital to buy one and you could flood the market with apparel that feature the Avengers, Justice League, and Guardians of the Galaxy as they were meant to be: co-ed teams.

Personally, I don’t think we need Marvel, DC, or Lucasfilm to pave the way for us. Giants will only move when there are other giants around. For example, when an indie film becomes successful it makes waves and influences the rest of Hollywood. HerUniverse and WeLoveFine are already successfully paving the way for women’s licensed clothing lines. We need more independent content that spotlights women heroes, super or otherwise. Hellboy, Wanted, and The Green Hornet didn’t break into the billions, but they are good examples of putting another horse in the race.

Content is queen. The most lasting way to change what’s around you is to create something new. So, comics creators —especially women—more spectacular women superheroes who headline their own books from Image, Dark Horse, Oni, Top Cow, you name it, would also be incredibly helpful. And indie pubs, make those comics and pitch them to Focus Features, Lionsgate, New Line and so on.

It’s time to start getting creative about our strategy. Let’s all brainstorm and share tactics. In the immortal words of Audre Lorde: “The master’s tools will never dismantle the master’s house.” It’s time to make our own tools.