[UPDATED] Disney Just Mocking Us At This Point; Replaces Black Widow with Captain America in Toy Based on Black Widow Scene

You didn't see that coming? 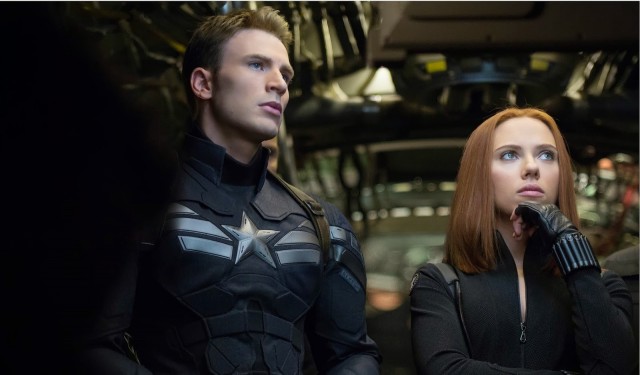 Hey, remember that awesome moment in Age of Ultron where Black Widow rides a motorcycle out of a freaking jet on her way to save everyone’s butt?

Wow, that sure is sweet! Heck, if Disney made a toy based on this scene, I might actually forgive them the otherwise almost total lack of Black Widow merchandise! What’s that? They did??

Remember the scene where Black Widow drops out of the jet on the motorcycle? Well fuck you the toy is Captain America pic.twitter.com/juefiCqlX8

With your Captain America figure racing away, somebody needs to stick around in the cockpit. Luckily, the Cycle Blast Quinjet holds up to 4 2.5-inch Avengers figures! Additional figures sold separately. Imagine your own battles as you put Black Widow, Hawkeye, Thor, or Iron Man behind the controls and follow Captain America into the fight!

As disappointed as we were that Age of Ultron saw Disney continuing the time-honored trend of excluding female heroes from its Marvel merchandise, we weren’t surprised. But this… this is some troll-level shit.

#WheresGamora and previous calls for Nebula and Black Widow merch have taught us that Disney doesn’t see the value in developing merchandise for female characters that aren’t princesses, but erasing arguably Nat’s biggest moment of self-sacrifice and heroism from the movie and replacing her with Cap is a whole other level of doing willful disservice to young Marvel fans.

Kids of all genders deserve to be shown that girls are capable of saving themselves and that femininity isn’t toxic or inferior, and the few (and remarkably elusive) Black Widow figurines Disney currently offers simply aren’t sufficient. And it’s not just feminist bloggers that think that either; Mark Ruffalo, Clark Gregg, and young fans have all asked #WheresNatasha.

Can’t wait to see how you keep this shitty streak going come Captain Marvel time, Disney. Your sexism might need to get a little more creative.

@TheMarySue iron man replaced her on the motorcycle too pic.twitter.com/xJ54hvZ1Vu

Sure, Disney. It definitely makes more sense to give a totally unnecessary motorcycle to Iron Man (a character whose primary mode of transportation is flying around in an exoskeleton, so no motorcycles for him, thank-you) than it does to make a toy that demonstrates a female character’s competency and agency.

UPDATE May 11th, 5:10 EST: Not surprisingly, it looks like Cap is the one doing all the heroics in the LEGO version of the scene as well:

@TheMarySue The lego set for that scene does the same thing.

But hey, there’s also an adorable Black Widow minifig this time around! More of that please! 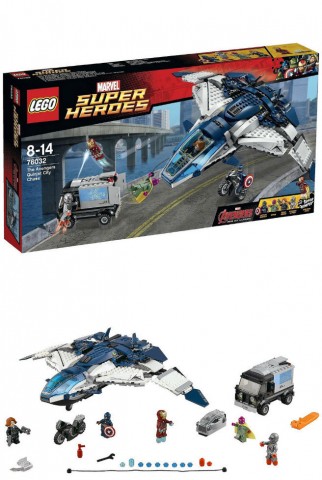