Review: Westworld: The Maze on Blu-Ray Definitely Looks Like Something to Me 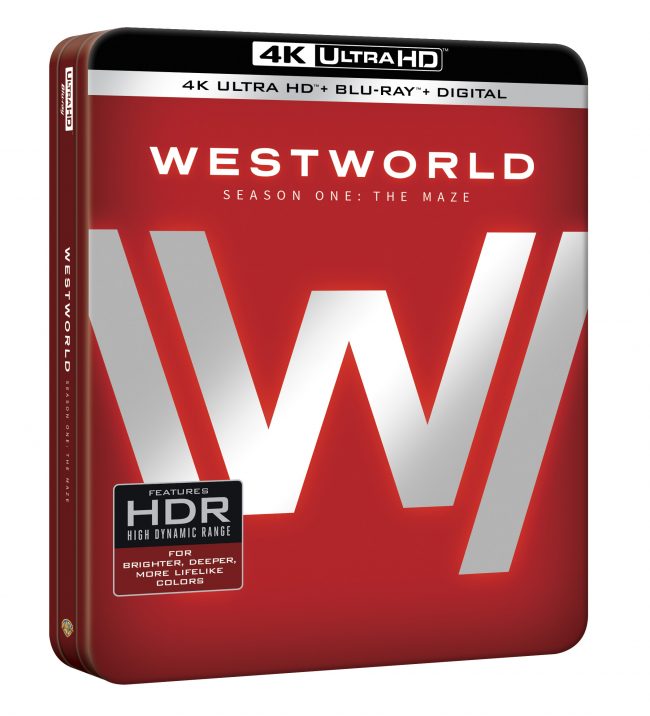 HBO’s Westworld is one of the best new shows to debut last year, and is the clear heir to the prestige slot that will be left behind on the cable powerhouse once Game of Thrones ends its run. Whether you have access to HBO in its many forms, or whether you don’t, and you’ve never seen an episode of Westworld before, getting your hands on the new Blu-ray/4K Ultra HD edition of the first season is totally worth it.

First, there’s the quality of the show itself. Any long-time readers of this site know that I’ve been a big fan of the show from the beginning. Go on and check out the recaps I did for S1 with former TMS Editor, Maddy Myers.

If you’ve never had the pleasure of watching it before, having it all available to you to binge in one go is extraordinary, even if it also means your brain might melt in the process. Westworld is amazing, but it’s not an easy show. At once violently decadent and coldly intellectual, it’s a show that makes you think, and feel, and then think about your feelings all at the same time. It can be an emotional overload if binged.

At the same time, creators Jonathan Nolan and Lisa Joy have said that they’re approaching each season of this show as a 10-hour film, so it’s bingeable by design. This is made obvious in the very title on the Blu-ray box. Season 1 is given its own name, The Maze, which forces us to wonder what the focal points of future seasons will be and what titles they’ll receive.

Of course, you could always snag a friend’s HBO Now or Go password and watch the episodes that way. Why spring for the Blu-ray? 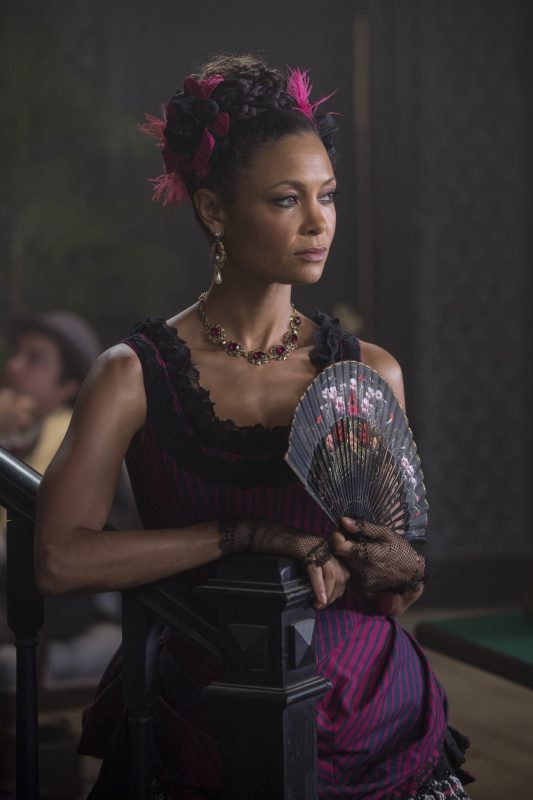 Fans of the show will receive a code for a digital copy of the episodes, as well as be treated to some awesome special features. By far, the best special feature included on the discs is a featurette called “Creating the Narrative,” in which Nolan and Joy take us beat-by-beat through the awesomeness of the Wesworld S1 finale, “The Bicameral Mind.”

All of the “The Big Moment” segments featuring the cast and the creative team that were available after every episode of Westworld when it first aired are available here, too. These are great, as they dig more deeply into the thoughts and production behind some of the series’ key moments.

Also worthy of deep dives of their own, the gorgeous title sequence for the show as well as the music for the show, composed by Ramin Djawadi (who also composes on Game of Thrones), get their own segments called “Imagining the Main Title” and “The Key to the Chords,” respectively. You’ll be amazed by the level of thought and care and craft that went into even the tiniest elements of each.

Yes, there is a gag reel, and it’s about as polished and sophisticated a gag reel as you’d expect from a show like this. They showed it at the Westworld panel at PaleyFest 2017, but if you weren’t there you should definitely check it out here for the low-key lolz. There’s nothing quite like watching a long shot of Dolores standing next to her horse…only to have the horse take a dump on camera.

In addition to the digital goodies the Blu-ray set comes with, if you get the one in the Limited Edition tin pictured above, it comes with a collectible booklet: a “Corporate Guidebook” from the Delos Corporation that acts as a Handbook for New Employees of Westworld. In it, you get full explanations of park operations and what employees do in each department. Some of the content in the booklet is stuff you might have seen if you really delved deep into the DiscoverWestworld website, but other content is exclusive to the book and is a lot of fun.

Again, whether you’ve watched Westworld or not, this Blu-ray set would be an awesome thing to get for yourself or get as a gift (can you believe it’s NOVEMBER already? Because I can’t.) for someone who loves quality sci-fi. We have way too much time to kill before we get our Westworld S2, so this is a perfect way to keep yourself occupied in the meantime.

Westworld S1: The Maze is out TODAY on Blu-ray/4K Ultra HD and Digital HD from Warner Bros. Home Entertainment*.

*Warner Bros. Home Entertainment provided me with a free copy of the Blu-ray I reviewed in this post. The opinions I share are my own.