Review: Jurassic World Is Enjoyable But Lacks the Heart of the Original 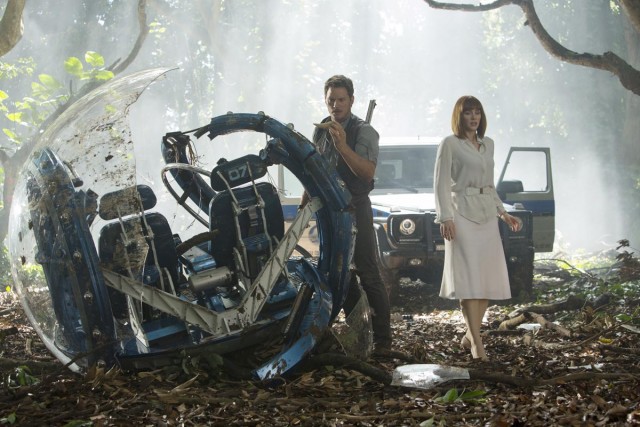 Jurassic Park was such a monumental film for me as an 11-year-old that over 20 years later I’m working on getting a tattoo inspired by it. You may think that makes me a nerd (I am) or a weirdo (depends on your definition), but it speaks to the immense power the film had on me, and that’s what many creators strive for in their work every day. While an incredibly enjoyable experience, Jurassic World is not a movie that would inspire me to tattoo my body.

“Bigger, scarier, cooler” is a series of words spoken in the film about the “real” park, but you could say the same about the film itself. Jurassic World takes John Hammond’s dream of opening a theme park featuring genetically engineered dinosaurs and makes it come true with all the flash and excitement you’d expect from such an idea. There’s awesome technology behind the scenes at the park as well as some available for visitors to take advantage of.

Jurassic World also features impressive new dinosaurs (including the DNA-cocktail Indominus rex) which provide for some impressive action moments in the film. While I was disappointed I didn’t feel the steps of the Indominus in the base of my seat, it is sure to scare the pants off young and old alike.

And well, as for the cool part…

…not sure anyone could argue against that.

It’s certainly difficult to separate this latest installment of the franchise from the 1993 original, and with the creators going on record to say it’s more like a sequel to that film anyway, I don’t think I should. Without spoiling anything, there are nods to the past without veering into cheesy territory, and due respect absolutely seems to have been the aim. So why was I left feeling like I’d seen a good film rather than a great one?

For one, I didn’t feel as if the true wonder of the park was accurately presented. In Jurassic Park, we saw this through the characters’ eyes as they stood in front of real dinosaurs for the first time. Now granted, since Jurassic World has been in operation for some time, you’d expect a certain level of lassitude when it comes to seeing the creatures but… they’re still freaking dinosaurs. I’d think at least our main child characters would experience some specific, heartfelt, wondrous moments upon seeing them for the first time, but that wasn’t really the case, as everything sits very much on the surface. And that might speak to the next big flaw I saw in the film.

To put it kindly, the character development was not great. The cast is filled with cliches and stereotypes that maybe wouldn’t have been so bad if the characters were allowed time to be fleshed out more. I wouldn’t be surprised if character work was cut in lieu of more action, but it’s to the film’s detriment. Jurassic Park was populated with just two female characters, but while those two shined brightly, the one main female character in Jurassic World is not so fortunate.

For instance, when Laura Dern’s Dr. Ellie Sattler discusses babies with her significant other, it’s to show us she cares a great deal for Dr. Alan Grant. When Bryce Dallas Howard’s Claire discusses her aversion to having children, it’s to show the audience she’s a no-nonsense business woman who doesn’t have time for that sort of distraction. But boy, can she run through the jungle in heels! I might even argue the female dinosaurs get better development than Howard’s Claire. She does get a few fantastic moments to be sure, but it doesn’t make up for the overall unimpressive role. 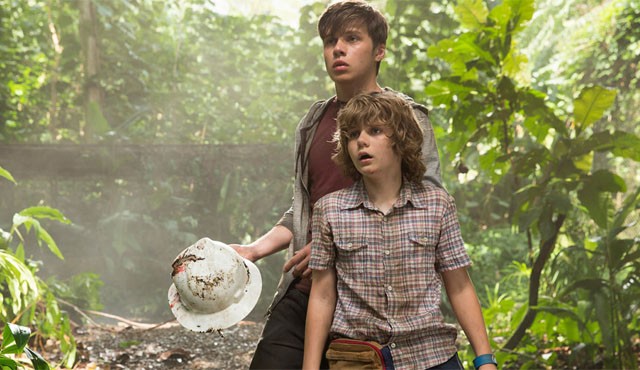 Sadly, the male characters of the film aren’t immune to bad characterization either. Chris Pratt’s Owen perhaps gets the most character work, but that’s also because he seems to be a simple kind of guy—he likes and respects the animals he works with. Nick Robinson’s Zach and Ty Simpkins’s Gray could have made for a great brother dynamic, instead the teen boils down to a hormonal-fueled jerk and the younger a “baby.” They have some nice moments but are forgettable in the overall story. Vincent D’Onofrio is your run of the mill InGen bad guy. The film also doesn’t paint scientists in the most spectacular light either, which is also disappointing.

Irrfan Khan as Simon Masrani is a nice touch of diversity (and in prominent placement) in an otherwise very white cast. Omar Sy’s Barry seemed awesome; I just wish he got to do more. There are two particular moments which stand out as glaring issues to that end: One is a trio of white actors featured most prominently on the control room set, another was a group of mostly Red Shirt POCs who are sent into the field after the Indominus escapes.

A few smaller qualms about the film include the completely unnecessary romantic subplot. Remember that contentious scene between Howard and Pratt? It does seem strange within the actual context of the film, but mostly because it just sticks out like a sore thumb. If a romance was needed for the studio to be happy, there were better ways to go about it.

Jurassic Park certainly features a bit of gore when it comes to humans versus dinosaurs, but Jurassic World has one particular bit of horrible violence against a character (a woman) which stands out as egregious and excessive considering the rest of the film. The dinosaurs are almost entirely done via CGI, even when it didn’t have to be, and it makes the only (?) practical dinosaur of the bunch look that much more wonderful. A great deal of the film is predictable (any beat you expect to happen, does), but you’ll still have a few “OMG” shock moments.

I’ve been extra critical of the film not just because that’s my job, but because I had extra high expectations thanks to my almost life-long love of the franchise. I was really hoping Jurassic World would capture the feeling of the original, and even though it didn’t for me, I’m sure it will for others. It wasn’t exactly what I wanted, but I walked away thoroughly entertained thanks to some great jokes, cool concepts, and really impressive action sequences.

All that said, if you asked me whether or not Chris Pratt and his Raptor Gang were worth the price of admission my answer would be “yes.” 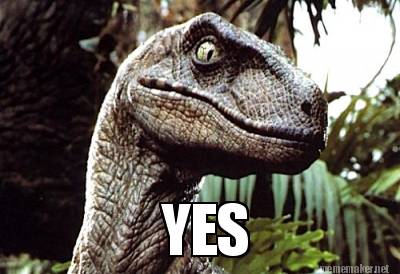