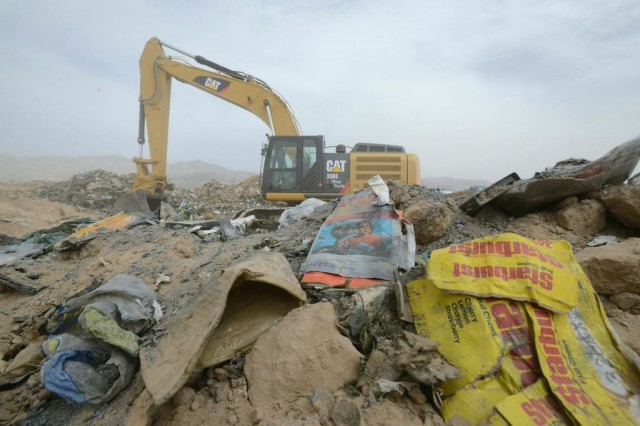 As we noted in our interview with Atari: Game Over director Zak Penn yesterday, if you’ve heard about this movie before, then it’s pretty likely that you already think you know what it’s about. Here’s the thing, though: you really don’t know the half of it.

Back in 1983, Atari released an officially licensed game for the 2600 system based on the Spielberg classic E.T., which was an enormous flop and still widely regarded as one of the worst games of all time. So great and terrible was this creation, the legend suggests, that the entire company—and the gaming industry up to that point, as Atari had an 80% market share at its peak—collapsed as a result. In shame, they supposedly buried their thousands of unsold E.T. cartridges in a New Mexico landfill, right next to some mercury-laced pigs. Okay, maybe you didn’t know about the pigs, but that’s its own wild story.

Thankfully, the pigs were never unearthed—but the cartridges were, thanks to the help of Fuel Industries founder and CEO Mike Burns, Almagordo contractor Joe Lewandowski, and a team sponsored by Microsoft’s Xbox Entertainment Studios. Atari: Game Over tells the story of that June 2014 dig, but it also goes much deeper, excavating (excuse the pun) E.T.‘s oft-forgotten origin story and how it was ultimately cemented (another pun, kind of!) into Atari’s legacy.

As a writer for Avengers and director of the Werner Herzog-starring film Incident at Loch Ness, Penn is no stranger to either Nerd World or Conspiracy Theory World, so the film hits exactly the right tone throughout. It begins right out of the gate with Let’s Play videos and media segments about the infamous E.T. game and doesn’t shy away from as many tongue-in-cheek Indiana Jones references as it can pack into the film’s short 66-minute running time. There’s even an amazing moment where we take a break from the action in Almagordo, New Mexico to follow Ready Player One author Ernest Cline as he retrieves his Delorian from A Song of Ice and Fire author George R.R. Martin in Santa Fe on his way to the dig site. Why? Because Martin borrowed it. That’s really all the explanation we get or need. 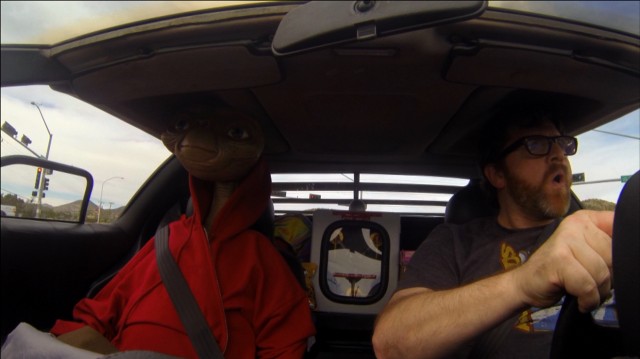 Yes, Penn says, that is really just what Cline’s life is like.

But underneath all the pop-culture referencing trimmings, this film is really about the rise and fall of one of the Atari’s most promising game developers, Howard Scott Warshaw, whose career began with with the iconic Yar’s Revenge and ended rather dramatically with E.T. He’s now a prominent psychotherapist with a private practice in the San Francisco area (which is wonderfully appropriate—who can better understand what a Silicon Valley tech developer is going through than the guy who created a game that tops everyone’s “Worst Of” lists?), but his stories about what it was like working at Atari and how such a terrible game was conceived are what make the documentary really stand out.

You’re bound to have a radically different appreciation for how these simplistic games were developed, way back when the title of “game developer” was a thing somebody just made up one day. As one interviewee puts it later in the film, “These guys never really got their due for starting the whole industry. Three lives was invented by a person. Flying a ship around was invented by a person who had to figure out what that was, and it was so good that it was copied everywhere. And because it was copied everywhere and because it was so ubiquitous, it’s impossible to remember why it was special.”

One thing that did begin to nag at me, though, (because I write for a nerdy feminist website and this tends to be on my mind more than I actually want it to be, believe it or not) was how overwhelmingly male the documentary made this world seem. The only woman to be interviewed during the entire film was Almagordo mayor Susie Galea, and only for a few seconds towards the beginning, despite the fact that her recent reelection is what kept the project going in the first place. Obviously true-to-life stories aren’t always going to be evenly split by gender, and as it’s more Warshaw’s story than anything else, part of this deficiency was clearly due to circumstance. That said, I couldn’t help but feel a little disheartened seeing establishing shots that clearly showed women in the crowd awaiting the results of the dig, followed by interview after interview of male spectator instead.

It didn’t detract from my enjoyment of the movie, of course—and perhaps maybe I was just jealous of those nerds who did get to stand there in the New Mexico heat and watch a kind of history unfold in front of them. As young a medium as it is, video games don’t really have the same kind of myths and heroes as other aspects of our culture do, and so it’s incredibly cool to see something we take for granted as a weird story that shows up in listsicles get treated with the same respect (albeit a bit more irreverently) as an ancient artifact you’d find buried along the Nile.

Make no mistake about it, those cartridges do belong in a museum. 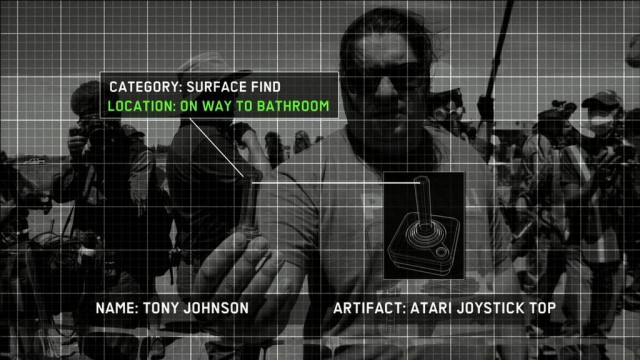 Atari: Game Over will be available on Google Play, iTunes, Vimeo, as well as Amazon Instant Video, Wuaki, and Blinkbox in the UK, and Fetch in France and Japan. It can also be viewed for free with an XBox live account.