Most Republican Women Don’t Think Systemic Sexism Is an Issue 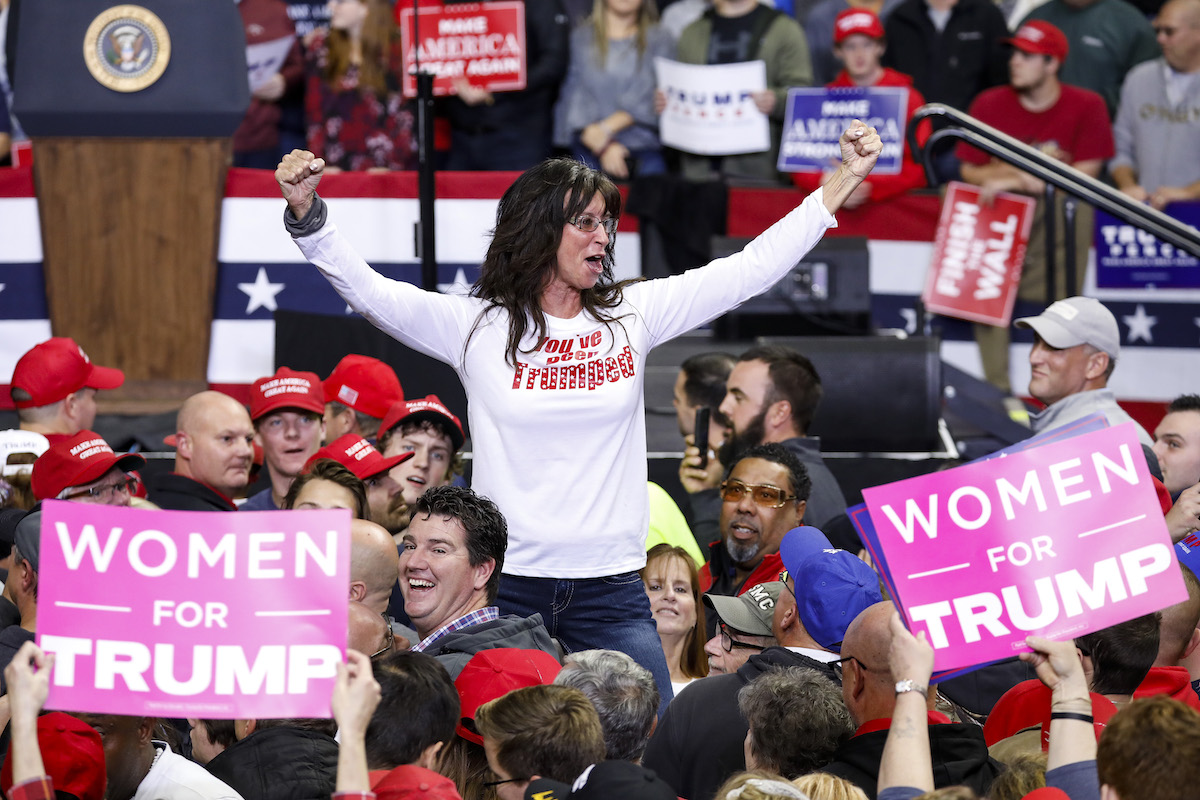 According to a new study, the majority of women who identify as Republicans don’t think systemic sex-based discrimination is a serious problem. That’s a statement we all probably knew to be true, but now there are some numbers to back it up.

More Republican women did consider these issues to be problems, but not “serious” ones. They also had different opinions than Democrat women as to how to solve that problem.

According to the anecdotal responses provided to HuffPost, many of the Republican women surveyed acknowledged that things like gender bias and pay inequity are problems, but saw the solution as being something women should take care of on their own, on a case by case basis.

One 45-year old Republican woman, speaking anonymously because “she doesn’t want her co-workers to know she voted for Donald Trump in 2016,” told the outlet, “I’m not saying it never happens, but I think it’s blown out of proportion and used as an excuse.”

“You gotta be a strong woman,” said another 51-year-old woman who also voted for Trump and who described being passed over for a management position in the mid-90s, despite being more qualified than the younger man she then had to train.

A 75-year old woman described interviewing for a job decades ago and having her prospective employer ask if she had a boyfriend. When she said yes, he “suggested she wouldn’t be a good fit because she would sometimes have to work weekends.”

Yet she doesn’t see gender discrimination as a serious issue because, in her words, it “happens to everybody, but women should just stand up for themselves.”

So we all agree that these are issues that pretty much all women face. But one the one side, the majority of Republican women surveyed think that because it happens to everybody, everybody just needs to accept it, deal with it, and either address it when it happens or move on to a different job.

The other way of viewing it is that because it happens to so many women–nearly all women at some point or another–we need to treat it like a systemic problem and address it at multiple levels, including its root.

Sure, the men that are inappropriate in job interviews or in meetings or the people who decide our salaries should be set lower than our male coworkers should, in an ideal world, be taken down directly. But it seems naive to think that these issues are just a series of nearly ubiquitous one-off incidents. Why do so many women think it benefits them to ignore systemic oppression? It’s not “playing the victim” to acknowledge these things exist. Being told that we even have a victim card to play is a way to keep us from sharing our stories and hopefully realizing that these things don’t rest solely on our shoulders.

It’s not our job–nor is it effective–to take these issues on as they come, every time we come face to face with discrimination. To insist otherwise, for one thing, exonerates the men who harass or discriminate against us from having to take any responsibility for their behavior. But even more than that, it denies that there are systems set up that allow men to do these things. And if these aren’t systemic issues, then boy, men are just really good at getting away with these things, aren’t they?

These women describe being harassed or discriminated against, and their anecdotes suggest they know the deck is stacked against them. That 75-year-old who was asked if she had a boyfriend “said she got the drift and moved on to another job opportunity.” That’s not an example of one bad male apple being a jerk in an interview. It’s a system that tells women to “stand up for themselves” but gives them no opportunity to do that.

Discrimination might not look the same as it did decades ago. But that doesn’t mean women don’t experience it every day. Sexual harassment in the workplace is still very much a thing. The pay gap is very real, with white women making an average of 80 cents for every dollar their male colleagues make, and less for women of color. The Republican Party has convinced their female base that strong women aren’t affected by these things and that they have the power to be the exception. They can be a Serena Joy in a world of Handmaids.

But who does that mentality benefit? Certainly not women. The Republican Party’s leadership is less than 10% women and it’s no wonder they want keep as much power as possible by convincing women to ignore the discriminatory forest for the trees. It is a little surprising, though, that they’ve been so successful.