“Serena Joys, All of Them”: How The Handmaid’s Tale Gave Me Insight into the Mind of the Female Trump Voter

“Better never means better for everyone.” 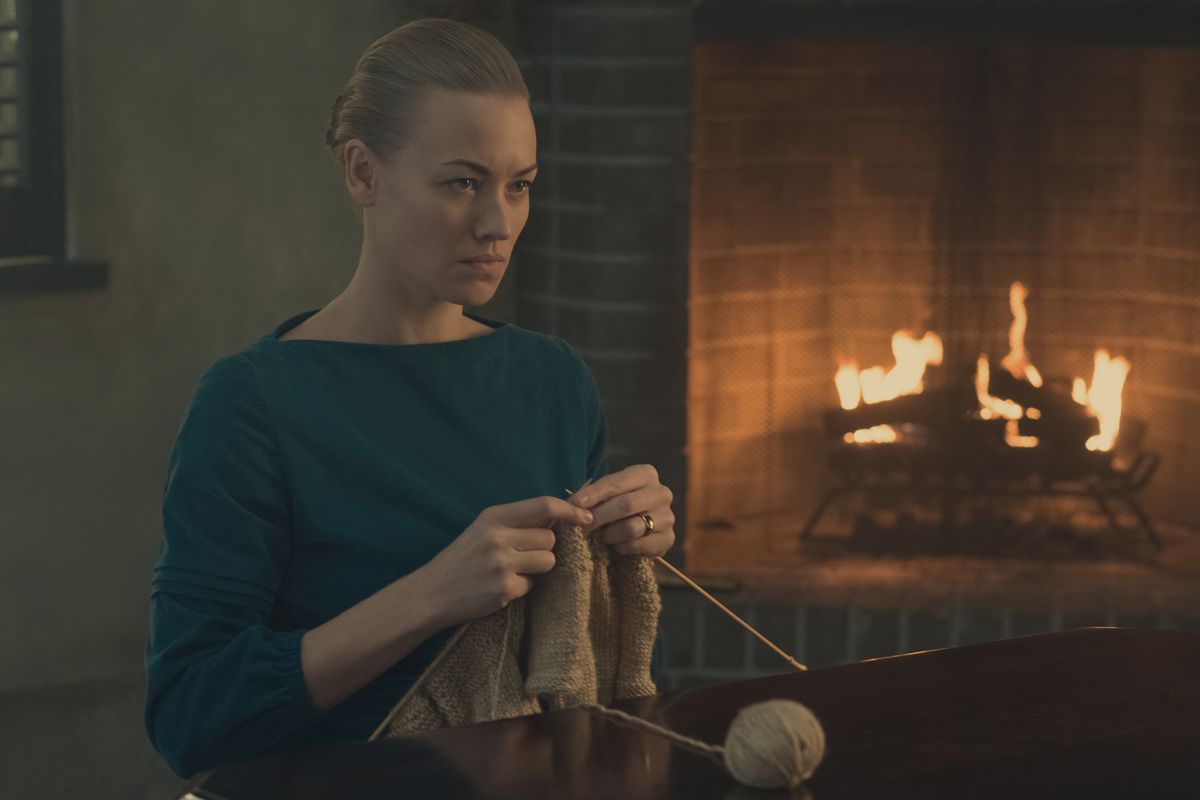 As I’m writing this, it’s been 597 days, 9 hours, 51 minutes and 22 seconds since Trump was elected. And still, as I lay awake at night, I stare at the ceiling and wonder about the 53%. The number bounces around my brain, keeping me from sleep. It reappears after every new injustice, every brick broken off of our democracy. The 53% of white women who voted for Trump in the general election. Who are they? What were they thinking? As a white woman myself, I continually found myself at a loss to reconcile what the fuck happened to make these women vote for an openly misogynistic pig who gleefully bragged about sexual assault. What self-respecting woman in her right mind would condone this behavior?

I keep thinking of a profile published in The Cut six days before the election, where Nick Tabor interviews 9 women voting for Trump. At the time, these women were mocked and derided as a vocal but unthreatening minority of women. They were outliers, religious fundamentalists, exceptions to the norm. Turns out they were representatives of that 53%.

Then I started watching The Handmaid’s Tale and realized the truth. The 53% were, quite simply, Serena Joy Waterford. I’d read Margaret Atwood’s landmark novel years ago, but it wasn’t until I saw Yvonne Strahovski’s frosty, patrician portrayal of the character in season two that it finally clicked into place.

“I don’t want to vote for Hillary, okay? I would not vote for a Democrat because of their platform, and especially I wouldn’t vote for Hillary. It’s especially the issue of abortion. I am a total pro-life person. Trump is not as well informed or well educated as he should be on the issue, but I have a feeling that he will have advisers that will help him so that he understands it better. I think he could do a good job if he gets the right people in his Cabinet. He could be fine.” – Barbara Nicholson

For those of you unfamiliar with the novel or the award-winning Hulu series, Serena Joy is the wife of Commander Waterford, one of the architects of Gilead’s oppressive regime. She is an instrumental part of Gilead’s terrorist takeover of the United States, only to be shut out when the men in charge decide that a woman’s voice has no place in reshaping their new fundamentalist society. When we meet Serena Joy at the start of the series, she is complicit in the system that stripped her of her power.

Season two delves deeper into the psychology of Serena Joy. We see flashbacks of her in the pre-Gilead days when she was an Ann Coulter-style author and public speaker. Serena Joy tries to push her right-wing agenda, but she is repeatedly drowned out by furious protesters at the college campus where she’s scheduled to speak. The scene culminates in a shooting, and Serena Joy takes a bullet in her abdomen, her pristine white pantsuit dripping blood. We never know if it is her injury that causes her infertility, or is she one of the many women in this dystopian future who find themselves unable to bear children.

“I’m of the era of the Vietnam War. That’s when it started: every night when they broadcast how many died. There are times when you know too much — too many details. I don’t think that’s good for anyone. I feel like that has a lot to do with this business of the last [few weeks]. If these allegations are true with these women, I’m very sorry for that, but I can’t justify swimming in that pool when we need to move along.” – Cindy Corson

Serena Joy is a crucible of powerless frustration: simultaneously a rabid supporter of Gilead and a victim of its cruel policies. The former author was instrumental in designing a society that made reading and writing illegal for women. We see flashes of jealousy as she watches Aunt Lydia, armed with a pencil, recording measurements of June’s pregnant body. It’s not the outlawing of female literacy that rankles her: it’s that this woman has something she doesn’t.

This sense of entitlement drives Serena Joy to commit unspeakable acts: She holds down the hands of her handmaid as her husband ritualistically rapes her in the vain hopes of stealing a baby that isn’t hers. She vacillates between trying to bond with June and beating her, trying to win her over one minute then psychologically torturing her the next. Her ultimate humiliation comes not from her husband beating her, but from him doing so in full view of June.

“I heard that he said something about groping women, and I’m thinking, Okay, No. 1, I think that’d be great. I like getting groped! I’m heterosexual. I’m a woman, and when a guy gropes me, I get groping on them! I grope them back. Groping is a healthy thing to do. When you’re heterosexual, you grope, okay? It’s a good thing.” – Jane Biddick

Serena and June reach the briefest of détentes when Commander Waterford is hospitalized. Serena quickly slips into politician mode, writing reports in his name and issuing orders. June, a former editor, proofs her work. They sit in silence, listening to vinyl records, happily ensconced in their work. Serena feels useful, powerful, like her old self. Because tragically, the perfect world she envisioned has become a gilded prison. She is the architect of her own impotent rage.

On a diplomatic trip to Canada, Serena accompanies her husband as the model of “a strong, Gilead wife.” Her brow furrows when she gets her agenda: a series of superficial photo ops depicted in stock images because she’s not allowed to read. Every time it seems she might get some shred of her former power back, that she matters to this autocracy, she is reminded that she’s merely window dressing. As the Waterfords are driven out of Canada in shame, a woman leans to her and whispers, “I don’t know how you live with yourself. It’s sad, what they’ve done to you.”

“I don’t understand how she can say she respects women when she doesn’t respect herself. Take the Bill Clinton thing. If your husband is doing something to you, and you don’t have enough respect for yourself to get out of that situation, how can you expect other women to go forward and talk about the issues they supposedly had with Trump? Because she’s a woman, other people expect women to be for her. I don’t think gender is that big of a deal.” – Valerie Still

Everything comes to head in this week’s episode, “Holly”. Serena Joy and her husband have an explosive fight in the empty summer home where June is in hiding. Serena screams at her husband, furious that they’ve possibly lost their baby. “I gave up everything for you. And for the cause. And I only ever wanted one thing in return: I wanted a baby. I only ever wanted a baby.” She keeps repeating, “I have nothing. You’ve left me with nothing.”

Gilead wouldn’t work without the complicity of the wives and the aunts. Trump wouldn’t have won the election (he certainly didn’t win the popular vote) without the complicity of that 53%. No matter how many lies they tell themselves, no matter how much sanctimonious self-righteousness they wrap themselves in, these women are one and the same. Justifying hideous behavior with scripture and turning a blind eye to the violent offenses of the men who lead them. Willfully brainwashed into surrendering their rights, as long as those rights supersede those of the people under their heels.

“We’ve taken quite a bit of time to pray for him. We believe that Trump has made some recent changes, growing stronger in his own Christian beliefs and putting Christian people around him. As a woman advocate, I still have no sympathy for Hillary Clinton. I’m sure if a woman were a godly person, I could be proud of that. But I would never be proud of Hillary. ” – Debbie Eberly

I don’t know how they live with it. It’s sad, what they’ve done to themselves.