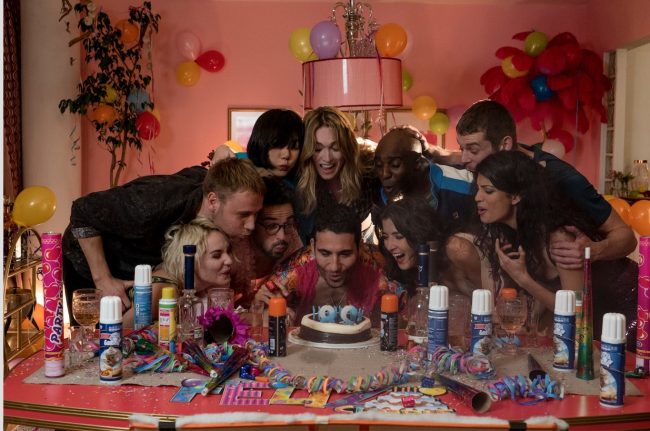 Netflix’s original series Sense 8 just premiered its second season, but fans of the show are concerned that there might not be a third.

It’s unclear where these rumors started. It’s possible that fans got concerned after hearing about the cancellation of The Get Down, but the threat gained momentum after Sense8 star Brian Jacob Smith quote-tweeted a fan who said, “If we don’t show our support for @sense8, it might not get renewed. Let’s tweet as much as we can the hashtag: #RenewSense8” with a not-very-ambiguous, “This might be a good time to start making some noise.”

This might be a good time to start making some noise. https://t.co/N08EgzD8E4

Of course, being outspoken and vocal about how much you appreciate a show is always a good thing. We all know the crushing sadness of discovering a show only to find out it was cancelled in the middle of a dramatic storyline or having seeing a show you love get cut short while Adam Sandler keeps getting deals.

If you browse through the #RenewSense8 hashtag which was trending worldwide, you’ll see many fans emphasizing the show’s diverse representation. There’s very little out there like Sense8 in terms of LGBTQIA storytelling and it’s clear that audiences have resonated with the characters. The expenses on the show are no joke, with the first season using approximately $9 million an episode, but it would be sad to see a show as ambitious and original as Sense8 getting cut short.

Having a beloved show, especially one as important and relevant as Sense8, is devastating and we can only hope Netflix listens to their fans.

(via Geeks of Color, image: Netflix)