Will People Be My Friend If I Unfriend Them On Facebook? | The Mary Sue 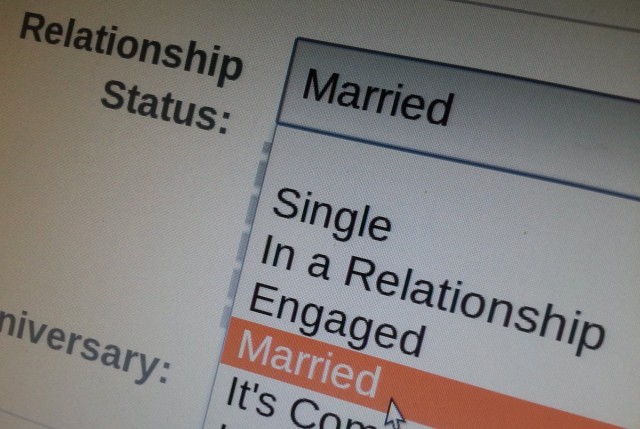 Thursday night I unfriended everyone on Facebook. The reaction this got has been fascinating to me. Some readers have been very supportive, while others questioned why anyone would do what I’ve done. By unfriending everyone on Facebook, have I unfriended them in life? My wife brought up a related point: Are we still married now that our relationship status doesn’t reflect it?

The answer to my wife’s question, obviously, is yes. We’re still married. We may live in a world where couples update their Facebook relationship status while still on the alter, but Facebook doesn’t have any actual bearing on marriage. At least not yet. It did make me think about how seriously people take Facebook though. If you’re in a relationship, imagine what your partner would do if they discovered you’d suddenly changed your status to single without telling them. (For the record, I did not tell my wife what I was doing.)

One reader who commented on my first article about this experiment as “HermioneStranger” made some suggestions as to other ways I could have fixed my Facebook experience and asked me this:

Did you send some friends an email explaining that you still liked them and still wanted to hang out, [was it] just specific to Facebook, or do you now have zero friends in general?

I did not email anyone. Some people may take Facebook relationships very seriously, but I don’t. Going out of my way to individually tell my Facebook friends that I still wanted to be friends in real life seems like it would have taken a lot of effort on my part. I did post a message to Facebook alerting people that I was about to delete them as an experiment, but unless they saw it in the few hours between my posting it and unfriending everyone, they didn’t see it.

The last part of HermioneStranger’s question is interesting. Now that I’ve unfriended more than 300 people, will those people still want to be my friends? I don’t actually care.

One thing I realized as I was going through and individually unfriending all 369 people from my account was that I wasn’t friends with most of those people. Some I didn’t know at all. Others I met a few times, or were friends of friends. There were even a few I downright despise. I don’t think any of my actual friends are going to be upset that the status of our relationship is no longer Facebook official, and if they are I don’t know that I want to be friends with someone so petty.

Facebook is a tool we can use to communicate with our friends, but it shouldn’t define those friendships. In the few days since I’ve been friendless on Facebook there have been a few instances where I’ve realized that it was the only means I had of contacting some of my friends. I’ve had to ask for phone numbers and email addresses, which is something I probably haven’t done in this decade.

I’ve realized just how superficial a Facebook friendship is, and frankly I like being a little harder to reach. If you want to invite me to something, call me and invite me — or don’t. I think friendship should take a bit of effort.