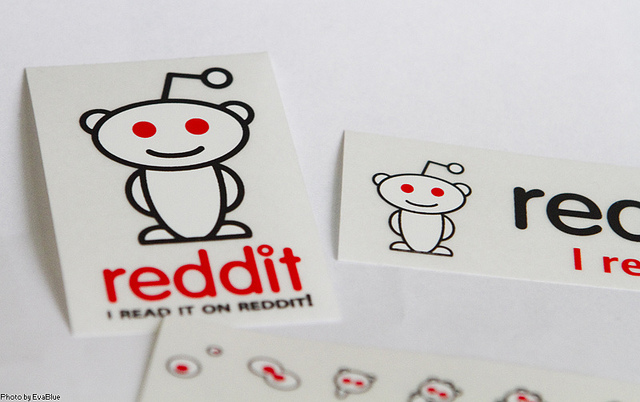 Yesterday, the Reddit team announced that they were removing five subreddits for violating Reddit rules about harassment. They stated that while they want as “little involvement as possible,” intervention is necessary “to protect privacy and free expression, and to prevent harassment.” A list of the removed subreddits, with such charming names as “r/fatpeoplehate,” revealed they were dedicated to bodyshaming, transphobia, racism, and homophobia. The team emphasized transparency and stated this was more about protection than censorship.

We want to be open about our involvement: We will ban subreddits that allow their communities to use the subreddit as a platform to harass individuals when moderators don’t take action. We’re banning behavior, not ideas.

Ultimately, we hope to have less involvement, but right now, we know we need to do better and to do more.

While we do not always agree with the content and views expressed on the site, we do protect the right of people to express their views and encourage actual conversations according to the rules of reddit.

Thanks for working with us. Please keep the feedback coming.

Online harassment is difficult to fight, but this is definitely a step in the right direction.

[UPDATED 1:00pm EST] Some Reddit users, angered by the removal of the harassing subreddits thinking it a blow to free speech, took to Reddit in protest…and proved exactly why these measures are needed in the first place by targeting Reddit CEO, Ellen Pao, with a harassment campaign. They are attempting to smear Pao’s name and reputation by comparing her to a Nazi (for maintaining safety and order at her own site?) and upvoting disparaging entries about her so that they come up in Google searches whenever anyone types in her name: 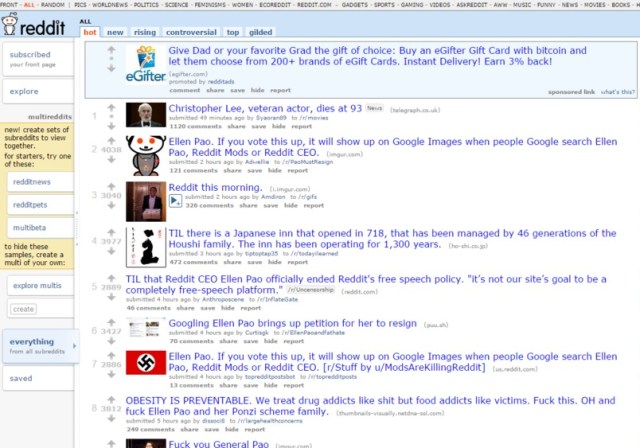