The Red Cross Wants Games to Have Consequences for War Crimes

Maybe their members are older gamers who just miss when video games were hard? 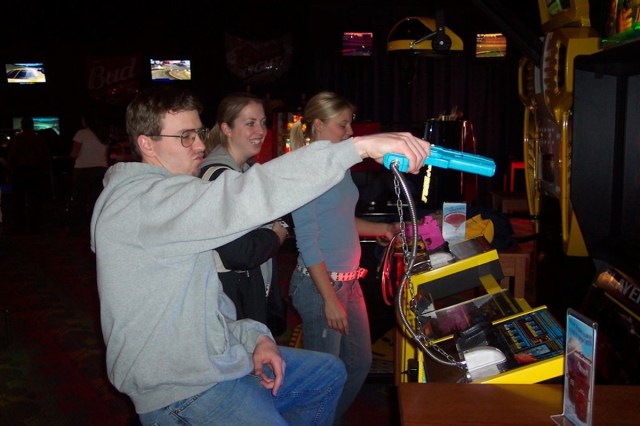 The war over pretend war rages on, and the International Committee of the Red Cross (ICRC) has weighed in on violent games. Previously, they decided that gamers couldn’t be convicted of war crimes for the things they’re doing in games like Call of Duty. Yes, that’s a real thing they spent time discussing.

To their credit, the ICRC is coming in with a fairly level-headed approach to mediating the violence. They’ve admitted that taking out violent scenarios in realistic war games altogether wouldn’t do much, because they’re just mirroring reality. Their aim, instead, is to make gamers more aware that actions have consequences.

Think Ocarina of Time. For those of you who might not remember, attacking defenseless in-game chickens enough to be more than an accident would cause them to bring down a whole storm of maniacal clucking death on poor little Link. Similar consequences for attacking friendly characters in games aren’t uncommon, and the ICRC has already gotten several developers on board for future changes.

The obvious potential drawback in trying to communicate the weight of a gamer’s actions with consequences like these is that gamers love added challenges. “Wait, you mean if I brutally murder one of my teammates, I get to take on my whole army? Sweet! I bet I can last longer than you.” After all, we’ve fought the good fight against those vicious Ocarina chickens several times…

If you want to try to convince someone that war crimes aren’t a game when they’re taking place in a game, you’re probably fighting an uphill battle. You might as well be trying win against the chickens. Society has spent a lot of time trying to convince gamers that what they’re doing is childish and “just a game.” You can’t have it both ways.

(via The Verge, image via Ian Broyles)