No, Pat Robertson, Killing Someone in a Video Game Isn’t a Sin 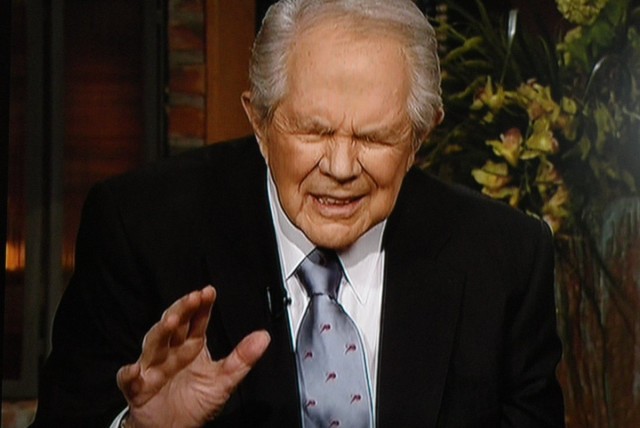 In the latest round of “Person Says Dumb Thing About Video Games,” Pat Robertson claimed that committing a sin like murder in a game is analogous to committing one in real life. He also admitted to never having played a video game, so he’s clearly the foremost authority on video game ethics.

Robertson said on his show, “If you’re murdering somebody in cyberspace in a sense, you’re performing the act whether you like it or not.”

Opinions on sin aside, I’m saying this as someone who doesn’t particularly like violent video games. Not because I think it’s wrong to digitally kill digital people, but because it doesn’t seem fun to me.  There’s a difference between killing someone in a game and killing someone in real life, and any reasonably sane person can see that difference.

Pat Robertson, apparently, can not.

(via Mediaite, image via Daniel Oines)