He's like the most epic n00b ever, and it's a beautiful thing. 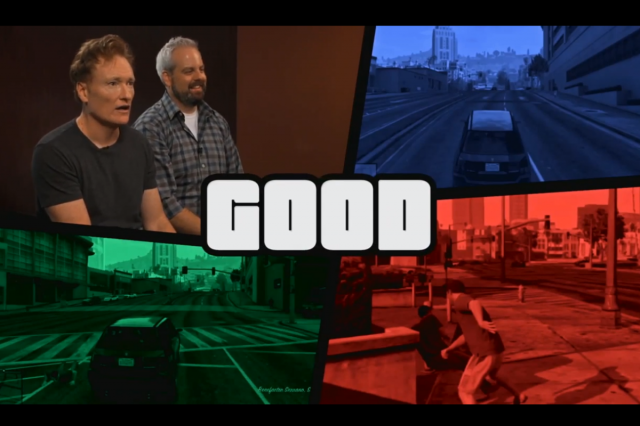 You might have heard that Grand Theft Auto 5 was released this week; probably because basically every single person in the world (myself included) bought a copy, and the game has already made over one billion dollars. In just one day, Rockstar made more money than the daily GDP of Singapore.

Not wanting to miss out on the action, Conan O’Brien reviewed the new GTA as part of his “Clueless Gamer” series for his late-night show on TBS. Check out the video to watch Conan struggle as he pummels pedestrians, hijacks a helicopter, and attempts to blow up a strip club after being thrown out.