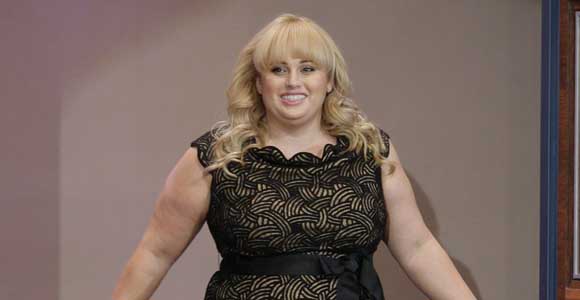 Many of us don’t place much stock in MTV these days but it’s still a pretty big deal to be asked to host the MTV Movie Awards. Next year that honor goes to Australian comedian Rebel Wilson!

The breakout comedienne (who played Kristen Wiig‘s tattooed roommate in Bridesmaids, a bullied bride in Bachelorette and a singing scene-stealer in Pitch Perfect) will serve as the master of ceremonies during the Sunday, April 14, 2013, event. The network made the announcement Thursday with a first look “trailer” during the Jersey Shore season finale in which Wilson is billed as the “star” of the upcoming Movie Awards.

If you’re anything like me, you’re of the mind that Wilson is a scene stealer in anything she’s in. Not sure it’s enough to get me to watch the award show but I’ll be excited to see clips of her the day after.

Next on Wilson’s plate is voicing a character in Ice Age: Continental Drift as well as writing and executive producing a new CBS comedy about nerdy women called Super Fun Night.

(via Jezebel, image by Paul Drinkwater)