Ridiculous Rumor Time: Christopher Nolan Is In Talks To Direct Ready Player One?

Press select to SWEAR TO MEEEE 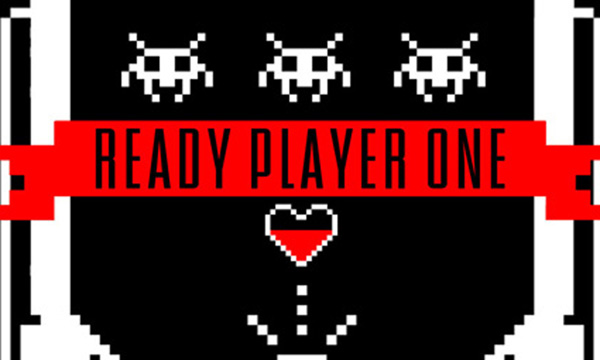 And true to Nolan form, not a single person will utter the name “Player One” throughout the entire film. Also there’ll probably be, like, at least three dead moms, and Michael Caine will recite something very poignant from a classic work of literature.

Okay, in all seriousness: take this with a giant companion-cube-sized grain of salt, as it comes from a site called Tracking Board that also once suggested Gus Van Sant would direct the American film adaptation of Death Note, and as far as we know nothing has yet been done with… well, “them apples.” But according to the rumor, it appears that Interstellar‘s Christopher Nolan was at some point offered the film version of Ernest Cline’s Ready Player One.

The script, which was recently rewritten by Zak Penn, was reportedly just submitted to Warner Brothers, so the timing would line up pretty well. However, the story, about a boy who uncovers a Goonies-style treasure hunt within a virtual reality video game chock full of pop culture references, doesn’t really seem like Nolan’s bag exactly. So we’re guessing that nothing will come of this—or, as /Film suggests, the rumor in and of itself might be a good sign that Penn’s script is decent and the movie will finally make it out of development hell.

But while we’re speculating, given the amount of ’80s references in the original text of the novel I sort of think it should go to Edgar Wright rather than Christopher Nolan—after all, he did an excellent job with all the video game nods in Scott Pilgrim Vs. The World. What do you think, readers? Would you give it to Nolan, or do you have a different director in mind?