Here’s a Sneak Peek at Stjepan Šejić’s First Pages As the New Artist on Rat Queens! 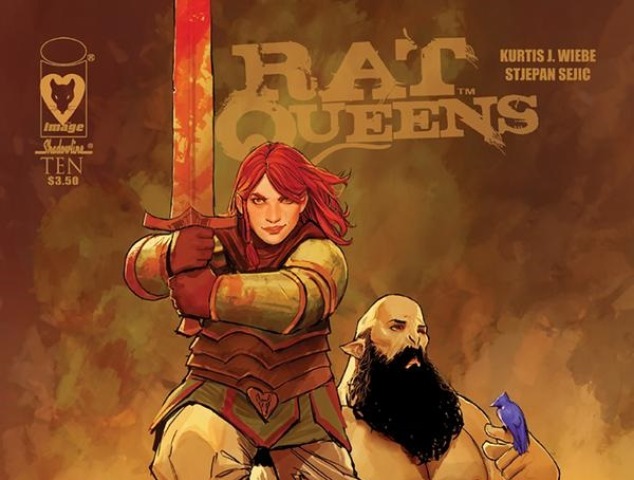 Croatian illustrator Stjepan Šejić is starting his run on Rat Queens with a bang; well, with a stab. With a stabby bang.

Šejić posted the first six pages of his art for Image Comics’ (and Mary Sue fave) Rat Queens over on his DeviantArt and Tumblr after they were also posted to the RQ Facebook. We’ll first see Šejić’s work in issue #9, which comes out on February 25th, though the Image site doesn’t have Šejić listed as the artist for that issue. Rat Queens will return to a regular monthly release schedule as of issue #12, this May.

Šejić replaced original Rat Queens artist Roc Upchurch back in December, after Upchurch was charged and arrested for domestic abuse, a move series writer and co-creator Kurtis Weibe made in order to continue to “make comics that include and embrace diversity.”