What Happens When the Rapist is Your Family Member? 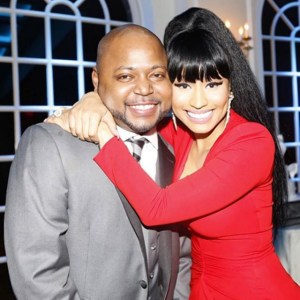 We have spoken at length about the sexual assault, violence, and misconduct that has taken place in Hollywood and we at The Mary Sue will continue to do so. We must also talk about the fact that, sometimes, the Harvey Weinstein in your life is a member of your own family.

Nicki Minaj’s older brother, Jelani Maraj, is currently charged with raping a twelve-year-old, with jury selection in his case already beginning. Since the beginning of the accusations back in 2015 when Maraj was first arrested, the rapper has stood by her brother, first by bailing him out on a $100,000 bond. Just recently her brother’s defense lawyer, David Schwartz, told Newsday that “There’s a big, big motive to lie here which I can’t get into right now. But these are false accusations.” Schwartz also declared that Nicki Minaj will be standing by her brother “100 percent.”

I would cross the ocean for u. I would go & bring u the moon. Promise u. For u I will. I love my brother so much man. Can’t believe I cried during his wedding and his first dance like a punk. May God bless him and his union. Tonight has been one of my favorite nights of all time. I do anything to see my brothers smile.

Now, Nicki Minaj is not on trial, and her brother’s actions are his own, but the reality is that by standing by her brother, Minaj is denouncing the victim. A twelve-year-old girl, who Jelani Maraj says was “having sex with someone else” despite there being evidence of his DNA on the girl’s groin area. The defense is also trying to bring to attention the minor’s “sexual history.” They are trying to make a twelve-year-old girl seem sexually promiscuous, as if they couldn’t possibly be more disgusting.

First of all, the fact that she is a minor means she can not consent to sex under the law and secondly, even if she was of age and could consent to have sex with other people, it doesn’t mean she could not be raped. The fact that the defense is willing to rake a child through the coals should be a reminder to us why it is so hard for women to come forward in cases of rape, your sexual history is used against you as if having sex in the past makes you open to having sex with everyone one.

Every rapist is someone’s child, brother, father, uncle, something. They do not spring from the ground like weeds, they are born just the same as any of us. No parent or sibling wants to believe that their loved one can be capable of such violence, and it’s expected for there to be a period of denial, but there comes a time where you have to decide what is more important.

Part of the reason that rape culture is so prevalent is that we are so willing to demonize women for being responsible for their abuse and turn them into “sluts,” so that in the eyes of the society this was “something they should expect.” To make a child seem “fast” in order to justify how your DNA ended up on her pajamas. Those are the actions of a monster. Just like in the movies, sometimes the monsters come from inside the home.

According to RAINN, 45% of sexually violent crimes are committed by someone the victim knows. In the case of juvenile victims, 59% were acquaintances and 34% were family members. So when a child is raped by someone they know, there is a high likelihood that it is someone within their own family circle.

No one wants to believe that it could happen to them, but it does, every day, and it is up to the families to recognize that and make a stand. You may love your son, your uncle, your brother – but it doesn’t mean they can’t be a rapist, and it doesn’t mean you have to defend what they have done.