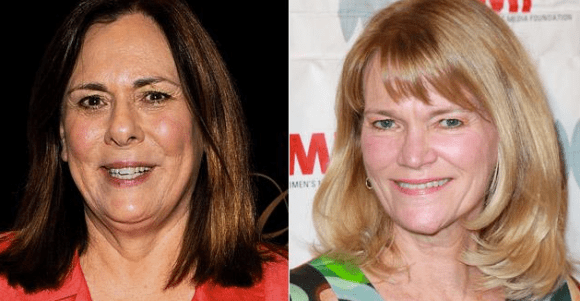 We told you a while ago about three rather impressive teenage girls who were petitioning the Commission on Presidential Debates for the commission to appoint a female moderator to the presidential debates. When we last checked in on them, the trio weren’t doing so well; the office of the commission wouldn’t see them.

News came out today, however, that either someone was listening or they’d had their own plans all along: The first female presidential moderator in 20 years has been named for this election season; another will moderate the vice-presidential debate. So let’s congratulate them.

Candy Crowley of CNN and Martha Raddatz of ABC are the two women who were named as moderators for this year. It’s an amazing opportunity for anyone; to be the first in a very long time is an especially nerve-wracking and amazing opportunity.

Crowley will be the first woman to moderate a presidential debate since Carole Simpson in 1992, with her debate taking place on October 16th. Crowley is the host of Sunday morning public affairs program State of the Union, and according to the New York Times the debate will have “a town-hall-style format with citizens asking the questions, not a traditional debate format with a moderator asking the questions.”

Also moderating this year’s debates will be Jim Lehrer of PBS, and Bob Schieffer of CBS. This will be Lehrer’s twelfth time moderating such a debate, with his airing on October 3rd; Schieffer’s will air on October 22nd.

Emma Axelrod, one of the young women originally petitioning for female moderators, was ready when the news broke with a statement:

“Through this campaign, millions of Americans learned that two decades passed without a woman moderating a U.S. presidential debate. We are so proud to have helped educate Americans on this issue and are extremely happy that women and girls watching the debates this year will see a potential role model up on the stage moderating.”

We’re pretty happy about this as well. The waters are still murky and complicated, however; The New York Times spoke with numerous high-level women in the industry, who remain skeptical:

Though a coup for the teenagers, the announcement may not necessarily be viewed as a coup for female journalists. Last week, high-level women in the television news industry, who spoke only on condition of anonymity, wondered whether women would be selected to moderate the two traditional debates. They noted that those assignments have the highest prestige and authority. And on Monday, those assignments went to Mr. Lehrer and Mr. Schieffer, longtime moderators.

So, it’s a step, but it’s obviously nowhere near the end of the journey. We wish all the luck and congratulations to Crowley and Raddatz, who have obviously worked very hard to get where they are.

(New York Times: The Caucus via In Other News) (Image via NY Daily News)