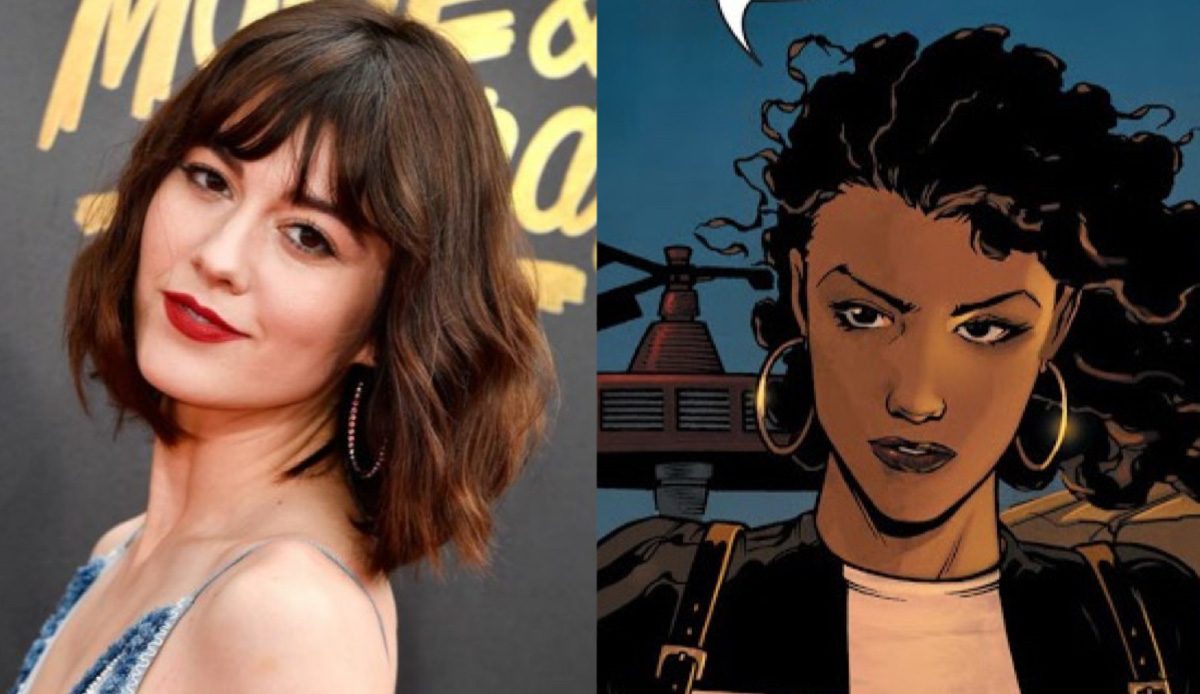 We’ve been bird watching ever since DC announced it would bring us a Birds of Prey film. While the impending production has made some changes to the Birds of Prey comics that we’re accustomed too—after all, if we wanted to see a panel-by-panel iteration of a comic, we’d just … reread the comics—some of the onscreen alterations appear to erase certain character details, particularly with Huntress, despite backlash focusing on another character altogether.

In an interview with The Wrap, Mary Elizabeth Winstead notes that she’ll be portraying Helena Bertinelli’s run as the Huntress. Although there are two different Helena Bertinellis in the comics multiverse, by casting a white woman to portray a character who’s now not white in the recent comics, the upcoming production is dismissing DC Comics’ push to redefine Helena.

Batgirl and the Birds of Prey (image: DC Comics)

We get it: I’ve already briefly discussed the whitewashing issue in the MCU and superhero productions in general, and you probably want me to shut up already—and I would, if whitewashing weren’t still a prevalent issue in the entertainment industry and beyond. Erasure in films can take on many different guises, from only casting people of color as supporting characters rather than the leads, to blatantly casting a white person to portray a character of color. Though different versions of Helena Bertinelli exist on multiple different Earths in DC Comics, casting a white woman to portray Bertinelli ignores the fact that the Huntress isn’t currently white in her related comics. It’s a step backwards.

Helena Bertinelli made an illustrious return to DC at the end of Nightwing #30, when she recruited Dick Grayson on behalf of Spyral, where she later continued her vigilante endeavors in Grayson (2016). Since the New 52 essentially nullified and expanded previous versions of many of our beloved characters, in the newest reign of the Huntress, Helena is a black Sicilian woman. While she’s still from an alternate Bertinelli family, who’s been named dropped since the ’80s, Helena isn’t white, even if different Helenas have taken on the role of Huntress. 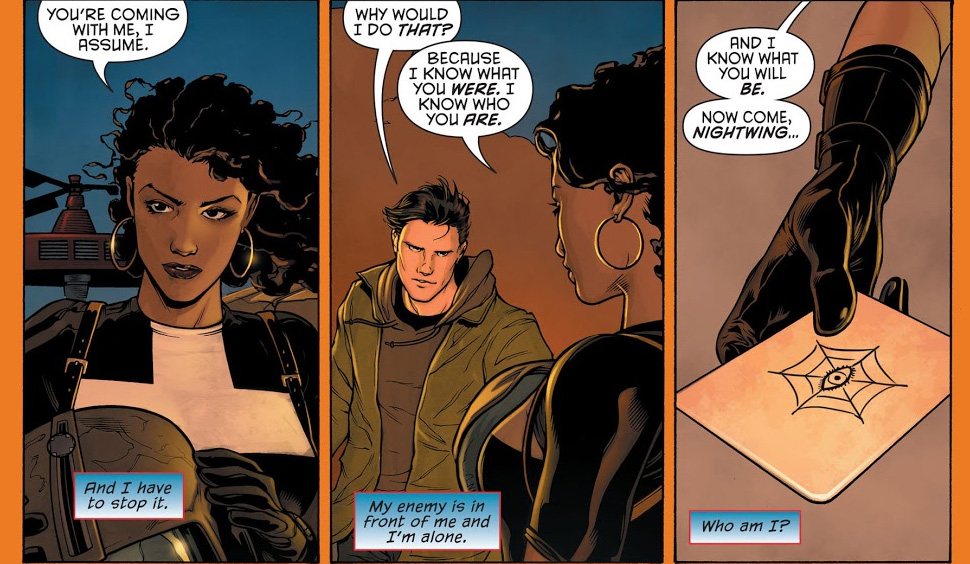 However, this neglectful casting is more than just infuriating; it conjures up a conflictingly toxic side of fandoms. While many BoP fans are seemingly ignoring the fact that Helena Bertinelli shouldn’t be white, some are simultaneously berating Jurnee Smollett-Bell’s upcoming portrayal of Dinah Lance (Black Canary). Yes, Black Canary is white in the comics, but changing white characters in onscreen adaptations is in no way the equivalent of erasing non-white characters, seeing as white characters are still the primary demographic in the film industry.

According to a study completed by USC’s Annenberg School for Communication and Journalism, white actors make up approximately 70 percent of the cast in the top 100 films from 2007 to 2017. Because the problem of media erasure specifically refers to communities of people that are often undermined or undercast in productions (which can hardly be said of white actors), amending a comic book or literary character, in the adaptation process, to create healthy representation for actors who aren’t white doesn’t sabotage white actors’ livelihood in the entertainment industry. Statistically speaking, white actresses aren’t underrepresented, and crafting representation in the form of lead roles doesn’t have the effect of erasing a white comic book character.

Though there’s no reason for anyone to be upset about the casting of a black woman to play a comic book character who was previously illustrated as a white woman, due to that very lack of any actual erasure concerns, certain BoP fans have taken a personal offense to Jurnee Smollett-Bell being cast as Dinah.

This same misguided dismay has echoed throughout the halls of fandom since blockbuster films finally realized that they don’t need to cast white actors for every single role, despite what may be in the source material. Unfortunately, harassment typically follows these sentiments. Shortly after Anna Diop was cast as Starfire (Koriand’r) in Titans, “fans” harassed her for earning the role, Vox reports. Diop disabled the comments on her Instagram following the flood of abuse.

According to CBS News, Kelly Marie Tran also had to delete her social media account in the wake of Star Wars: The Last Jedi harassment. There are a plenty of other examples of people of color and women being harassed for their roles in film and TV, but to avoid transforming this article into a winded dissertation, that can be an optional homework assignment for any interested reader.

If you bother to Google any recent casting news, you’ll likely notice a pattern with any recent fan-led harassment: The victims of the harassment are typically people of color, and especially women of color. What adds another insidious layer to these virtual attacks is that these attacks are selective. Beyond their racist overtones in attacking people of color, this harassment often leaves out the actual whitewashing that’s happening, sometimes even in the same productions.

In the upcoming Titans series, “fans” have aimed their outrage at Diop, when Brenton Thwaites (Dick Grayson/Robin) hasn’t been held to the same standard. I’m obviously not advocating for anyone to harass any actor, for any reason. However, Dick Grayson is a Roma character, but he’s being portrayed by a white actor.

As netizens are piling their hatred onto Diop, they’re ignoring the legitimately problematic casting that overlooks Grayson’s Roma culture—not to mention the fact that Starfire is, and has always been, a black woman, as io9 notes. Even if Starfire’s comic counterpart wasn’t a black woman, fans’ inconsistent casting objections show that their insistence on source material accuracy only comes into play when it supports their racist opinions. In reality, they’re just opposed to respectful inclusion in the entertainment industry.

This same crowd frequently likes to argue, “Well what if [any non-white character] were replaced with a white person? You’d be mad, right?” Not only does that argument exhaustingly draw the false equivalence already addressed above, but it ignores that non-white characters are routinely replaced by white people (so much so that we even have a whole term for it!), and those employing this argument don’t even seem to notice. They’re really only drawing attention to their own bias.

The figurative crickets that followed Helena Bertinelli’s casting, as particular fans concurrently decry Dinah Lance’s casting, are reminiscent of the Titans debacle. Nevertheless, we can’t pin all or even the majority of whitewashing on the future Birds of Prey film, particularly since onscreen adaptations have been whitewashing their literary and comic book counterparts for decades—not to mention the fact that earlier iterations of comics have also ignored healthy representation. 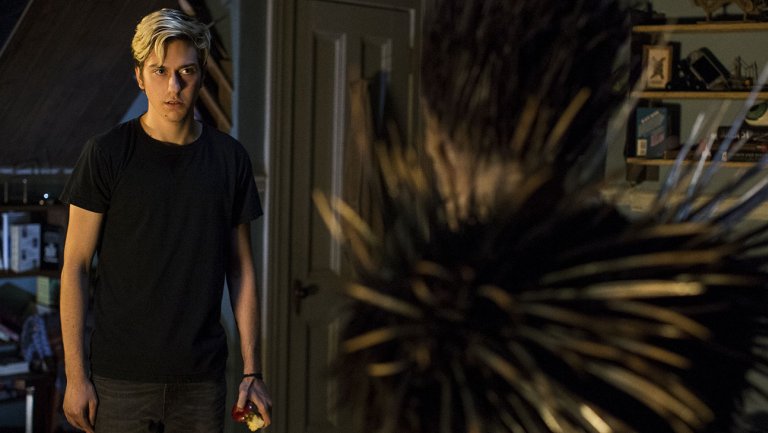 In Annihilation alone, Lena (Natalie Portman) and Dr. Ventress (Jennifer Jason Leigh) were noted as Asian and Indian, respectively, in the original novel. Then, there’s Netflix’s rendition of Death Note, which annihilated the fact that the manga took place in Japan. Not only did the film whitewash the vast majority of the cast, but it also created an ethnocentric approach on the setting and plot. Then, there’s Ghost in the Shell, which doesn’t need even an explanation at this point.

From Christian Bale’s role as Moses in Exodus: Gods and Kings to Ben Affleck’s portrayal of real-life CIA agent Tony Mendez in Argo, the list of white people portraying people of color is egregiously extensive. While recent films have created diverse casts, diversity in the industry, both in front of and behind the camera, are unjustifiably sparse. Given USC’s previous study on diversity in film from 2007 to 2014, diverse portrayals have only increased by a little over three percent in the last three years.

We should still praise Birds of Prey for actively recruiting a talented, diverse cast, but that doesn’t mean the film is immune to criticism. Like any comic turned movie, the Birds of Prey film is making changes to the original story. Helena Bertinelli might be switching to a bow and arrow in her film debut, instead of using the crossbow that her comic counterpart is accustomed to. Unlike whitewashing characters, minor weaponry changes are don’t drastically change the characters we love or remove yet another example of already lacking representation.

While we’re still excited to see where how Cathy Yan reinterprets the comic narrative, we hope that the movie industry continues to promote mindful diversity beyond just bare-minimum inclusion.