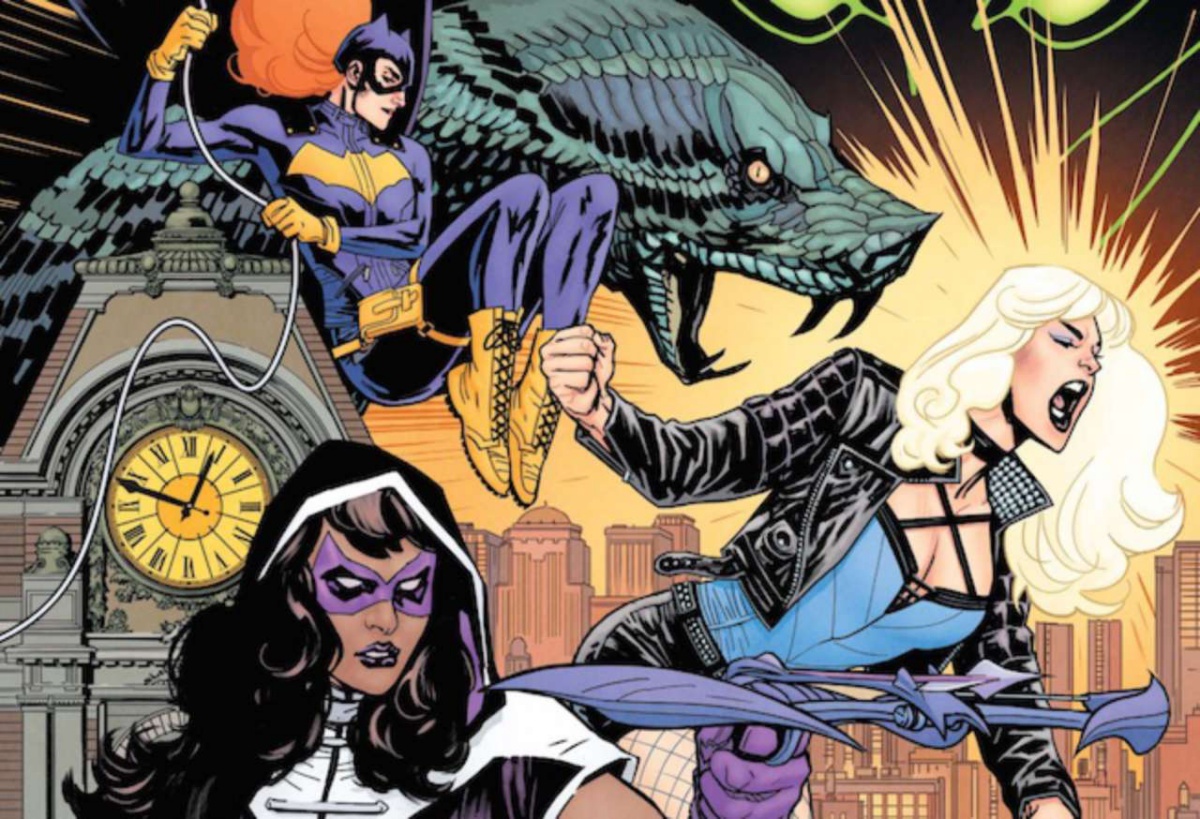 Since the Birds of Prey movie was announced and with the promise of a diverse cast, I’ve been really excited to see how the movie will eventually come together and who will end up playing some of my favorite women in the DC Universe. Now, according to sources from Warner Bros., the movie is looking to be moving forward very quickly.

According to The Hollywood Reporter and sources behind the scenes, three women who have tested for the role of Black Canary are Gugu Mbatha-Raw (Belle) Jurnee Smolett-Bell (Underground, True Blood, Friday Night Lights), and Janelle Monae (Hidden Figures, Moonlight) “was also said to be in the running, but it is unclear if she tested for the role.” Now, since Black Canary is my queen and deserves all the good things (justice for Laurel), I’m excited that so many really great actresses of color are signing up for it.

If I had to pick one out of the list, I have to admit, it’d be Janelle Monae. Not only has it been said that Dinah Lance (Canary) is queer, but I’m Team Seeing Janelle in Fishnets. I think she has all the swagger and coolness I’d associate with Black Canary, not to mention she’s proven herself to be a stellar actress. So again, Team Janelle, but as Issa Rae said: “I’m rooting for everyone black.”

For the role of Huntress: Margaret Qualley (The Leftovers), Mary Elizabeth Winstead (Scott Pilgrim), and Cristin Milioti (Black Mirror) have tested or read, so that means they’re going with the pre-Rebirth, less ethnic Italian version of the character, which I sort of expected, but considering that Warner wants “diverse talent,” I wish they would have gone with the newer version.

For Renee Montoya, Latina actress Justina Machado, from One Day at a Time, has tested for the role, along with Roberta Colindrez (I Love Dick).

As of right now, they still need to fill the role of Cassandra Cain, a former Batgirl and daughter of Lady Shiva (badass bitch, better fighter than Batman). According to the source, Warner wants to make the character a 12-year-old and is looking for an Asian actress for the part, obviously.

Warner is said to be moving quickly with this movie in order to get shooting started at the beginning of 2019. So within two weeks, we should have an idea about who the cast will be. I’m a little concerned that they want to crack the movie out so quickly, because after the Birds of Prey television series and the terrible way Huntress and Canary have been treated on Arrow, these ladies deserve a movie that allows audiences to see how badass they are.

If this movie comes out and it’s good, it’ll be one of the few things DC will be able to lord over Marvel in terms of good representation points, because they would have had three female-led films, while Marvel is just getting on the ball with Captain Marvel. Ball’s in your court, DC. Don’t drop it.