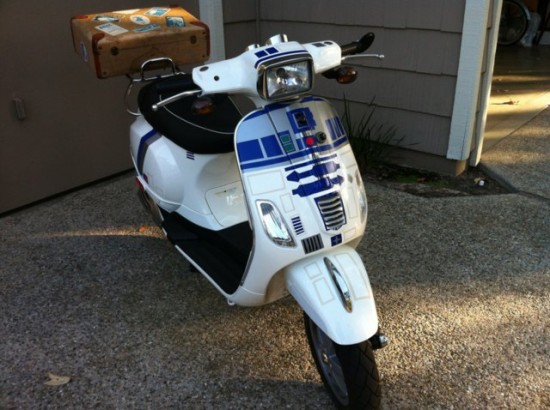 Morgan, the 5th grade teacher who created her own customized R2-D2 Verspa said, “This was done with adhesive vinyl, some meticulous cutting and a 12-pack of beer.” Sounds about right. Now make me one!