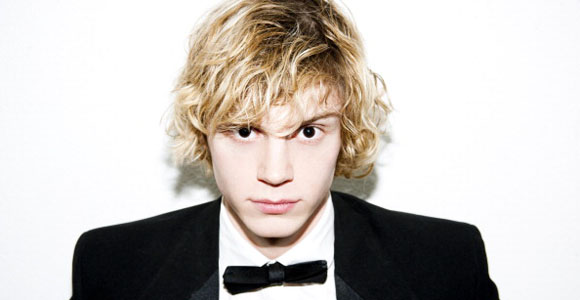 Is this comics or Mortal Kombat? Bryan Singer just announced casting for the character Quicksilver in X-Men: Days of Future Past. This is going to get messy.

Ok, maybe not, but this does present a few questions.

Frankly, we were surprised when Joss Whedon announced he’d be utilizing both Scarlet Witch and Quicksilver in The Avengers 2 for a few reasons. But mostly it was because both are mutant characters, specifically the daughter and son of the villainous Magneto. You may already be aware some Marvel character (specifically mutants) rights are held by Sony or Fox (which is why Spider-Man didn’t show up in Iron Man, etc.) and some by Marvel Studios, but the duo are sort of owned by both.

But whatever the case, the character Quicksilver is ready to make his big screen debut. Singer announced via Twitter actor Evan Peters, who you may know from American Horror Story, has been cast as Quicksilver. And he did it with a bit of a dig:

Before he was an #Avenger, he was just a REALLY fast kid. Thrilled to say #EvanPeters is joining #XMen #DaysOfFuturePast as #Quicksilver.

Maybe it’s not a dig, maybe it’s just a way to reference the overall issue. Either way, we hadn’t previously heard about the character being considered for X-Men: Days of Future Past until now.

Just earlier today we posted an exclusive interview with Saoirse Ronan about her potential casting as Scarlet Witch for The Avengers sequel. Will Whedon have to drop Quicksilver from his script or might we be seeing double?