Exclusive: Saoirse Ronan Talks To Us About Joss Whedon And Scarlet Witch 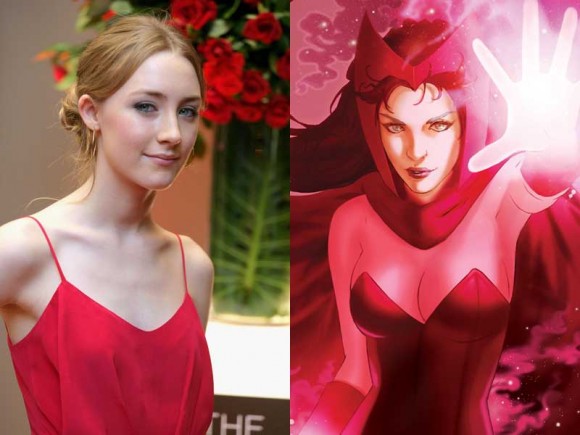 Considering the secrecy usually surrounding our most anticipated blockbusters, we were happily surprised when director Joss Whedon flat-out admitted Marvel characters Quicksilver and Scarlet Witch would be appearing in the sequel to The Avengers. But there followed a rumor about Irish actress Saoirse Ronan being Whedon’s “prototype” for Scarlet Witch so when we had the opportunity to speak with the actress recently, we just had to ask – would she do it?

We spoke with Ronan about her upcoming film Violet & Daisy (You’re coming to our special screening, right?) where she stars alongside Alexis Bledel as a teenage assassin. We’ll be posting the full interview soon but we needed to get this burning question answered immediately.

The Mary Sue: You worked with Eric Bana in Hanna and he played the Hulk for Marvel. There was a rumor going around you’re Joss Whedon’s “prototype” for the character Scarlet Witch in The Avengers sequel. Did you hear anything about that and second, would you be interested in doing a superhero film ever?

Ronan: I have heard about it and yes, I would. Yeah, of course I would. I love Joss and I love those films, and I love his handle on them and how he portrayed these kinds of superheroes. I think it’s very different from what anyone else has done. So yeah, I’d love to be in it.”

The Mary Sue: Awesome, I hope it happens.

So, readers, what do you think? Ronan is no stranger to action roles, could you see her playing Scarlet Witch? Check her out next in Violet & Daisy and Byzantium, opposite Gemma Arterton.