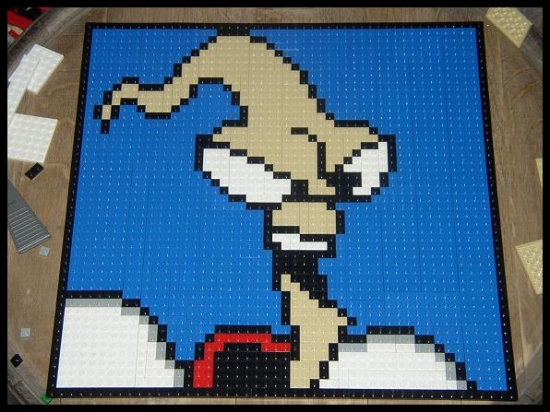 Incredibly small, subatomic things operate by a different set of rules than the rest of us. Those rules are known as quantum physics. Nanoscale-sized bits of semiconductor are known as quantum dots, and they are used to make sure the electrons they contain are influenced by quantum effects. They’re very useful for things like making smaller electronic components and better medical imaging, but they’re also difficult to produce. That’s why scientists are researching how to use earthworms to produce quantum dots.

The authors of a paper titled “Biosynthesis of Luminescent Quantum Dots in an Earthworm” have used the internal organs of worms to produce cadmium telluride (CdTe) quantum dots. The process works by putting the worms in soil laced with the chemicals needed to create CdTe, which are CdCl2 and Na2TeO3, for a period of 11 days. Over that time the worms end up digesting the chemicals, and their chloragogenous tissue, which is essentially the worm’s liver, turns them into CdTe quantum dots.

Quantum CdTe dots are used in the production of thin-film photovoltaics, but their properties to emit visible green light when excited by UV light could also make them useful in medical imaging capacities. Quantum dots often require chemical reactions before they can be absorbed into cells, so the fact that the CdTe dots created in the worms have an organic coating that allows them to be easily absorbed by cells is significant.

When tested, cancer cells absorbed the CdTe quantum dots and then glowed green under UV light. White blood cells, however, did not absorb the particles unless they were additionally coated with polyethylene glycol (PEG).

The CdTe dots are not very stable. They only survive in water for a few days, but it’s possible for researchers to find a more long-term storage option. The focus, however, seems to be testing how different chemical salts are broken down by the chloragogenous tissue of the worms.

The research is in very preliminary stages, but so far the findings seem to be good news in the field of quantum dots. Good news, that is, unless you’re an earthworm.