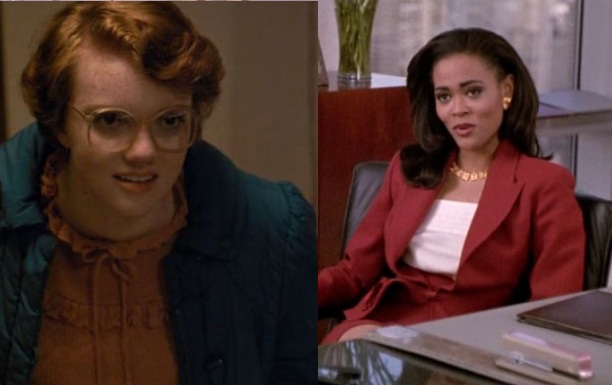 Shannon Purser and Robin Givens will be taking on the characters of Ethel Muggs and Mayor Sierra McCoy, respectively, on The CW’s Riverdale, the network’s adaptation of the classic Archie comics. They’re joining an already pretty solid cast, with KJ Apa playing Archie, Cole Sprouse as Jughead, Lili Reinhart as Betty, and Camila Mendes as Veronica. Also on board is Ross Butler, who plays Reggie Mantle, Archie’s rival, and Cody Kearsley as Moose Mason, Archie’s jock pal.

According to Entertainment Weekly, Purser’s character, Ethel, will be a bit of a departure from her character in the comics. Whereas in the comics she’s got a crush on Jughead, on Riverdale, “Ethel will find herself in a romantic relationship with someone very different.” She’ll also be pals with Betty and Veronica, apparently teaming up with them “for a revenge plot on Reggie Mantle, a bully and Archie’s rival.” Oooh, scandalous.

Givens’ character, Sierra, is described by Deadline as “chic and driven. Mayor McCoy is struggling to guide Riverdale through the crisis precipitated by the mysterious death of Jason Blossom, all while making sure the town’s upcoming 75th Jubilee Celebration goes off without a hitch.” She’s also mother to Josie, who leads an up-and-coming band that you may have heard of before: Josie & The Pussycats. Givens, in case you weren’t aware, is quite the seasoned actress herself, starring in classics like Boomerang, Head of the Class, Blankman, and the 2013 remake of 90210.

What we know of the Riverdale show has given us the impression that it’s going to be surreal and strange as all get-out. It’s been compared to the 90s cult classic Twin Peaks multiple times, and it’s a pretty apt comparison judging by what we’ve seen of set photos and trailers. Personally speaking, I’m super stoked about the show, simply because it seems like such an otherworldly re-imagining of a classically squeaky-clean and wholesome franchise. This isn’t to say that those things are necessarily bad, but just in case you don’t know this about me: I freaking love re-imaginings of things. It’s, like, my thing.

Purser’s reaction to the role has been super nice to see, and she tweeted some noteworthy realness in response to the news.

Can I be super real? Didn’t think a girl with my body type could get this far. I’m so thankful and excited. Much love to you all 💜

You are wonderful. Keep slaying, Purser!