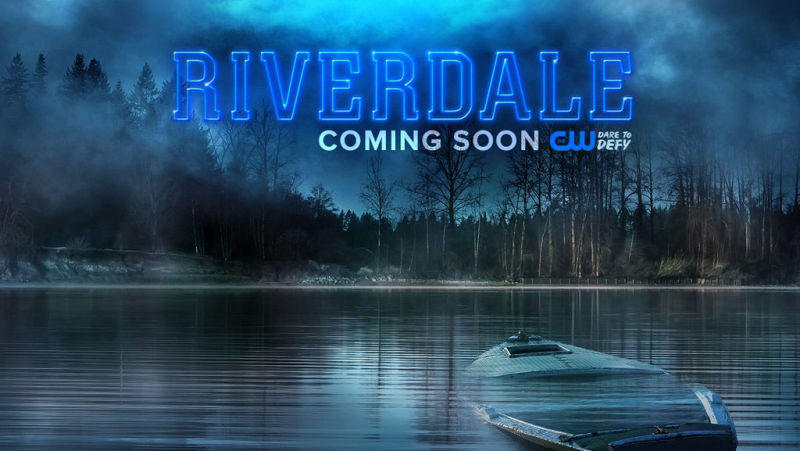 Since it was announced around a year and a half ago that Archie and the gang would be making their way to The CW, people involved have been warning that the show wouldn’t be traditional, wholesome Archie fare—if anything, the vibe from the series has always sounded more Afterlife with Archie than anything else.

Recent set photos seemed to confirm early promises that the show would be stylistically similar to Twin Peaks, which, in my opinion, is damn fine. That being said, someone dropped the official trailer into the TMS Slack this morning (the trailer has since been taken off YouTube due to copyright claims; we’ll update this post with it if it’s officially released), and I truly was not prepared for how dark and, frankly, weird the series seems. An official description of the show was also released at The CW upfronts yesterday, and after reading it, I’m even more flummoxed than I was before:

As a new school year begins, the town of Riverdale is reeling from the recent, tragic death of high school golden boy Jason Blossom, and nothing feels the same. Archie Andrews (KJ Apa) is still the all-American teen, but the summer’s events made him realize that he wants to pursue a career in music — not follow in his dad’s footsteps—despite the sudden end of his forbidden relationship with Riverdale’s young music teacher, Ms. Grundy (Sarah Habel).

Which means Archie doesn’t have anyone who will mentor him — certainly not singer Josie McCoy (Ashleigh Murray), who is only focused on her band, the soon-to-be-world-famous Pussycats. It’s all weighing heavily on Archie’s mind — as is his fractured friendship with budding writer and fellow classmate Jughead Jones (Cole Sprouse). Meanwhile, girl-next-door Betty Cooper (Lili Reinhart) is anxious to see her crush Archie after being away all summer, but she’s not quite ready to reveal her true feelings to him. And Betty’s nerves — which are hardly soothed by her overbearing mother Alice (Mädchen Amick) aren’t the only thing holding her back.

When a new student, Veronica Lodge (Camila Mendes), arrives in town from New York with her mother Hermione (Marisol Nichols), there’s an undeniable spark between her and Archie, even though Veronica doesn’t want to risk her new friendship with Betty by making a play for Archie. And then there’s Cheryl Blossom (Madelaine Petsch)… Riverdale’s Queen Bee is happy to stir up trouble amongst Archie, Betty, and Veronica, but Cheryl is keeping secrets of her own. What, exactly, is she hiding about the mysterious death of her twin brother, Jason? Riverdale may look like a quiet, sleepy town, but there are dangers in the shadows…

I don’t think that synopsis sounds bad necessarily, it’s just…overwhelming. I’m overcome. And also squicked out that Archie was sleeping with a teacher.

Executive producer Greg Berlanti has already taken to Twitter to promise fans that the show will have just as much heart as it does grit:

For folks asking @WriterRAS‘s #Riverdale has as much “heart” as it does “edge”. Can’t wait for everyone to see the pilot.

As overwhelmed as I was by the trailer/synopsis, I’m also optimistic. Judging from the trailer (which didn’t depict any of the Grundy/Archie relationship, so I can’t speak to that), the show will have a pretty unique visual style. There seems to be a clear Twin Peaks influence, and some of the shots really reminded me of last year’s horror breakout It Follows.

It’s also reassuring to me that the shows creators have referenced Twin Peaks so frequently in trying to describe Riverdale‘s atmosphere. Twin Peaks was (is?) an undeniably dark series, but it didn’t sacrifice heart, optimism, or a sense of absurdity and humor. It’s possible to be dark without taking yourself too seriously, and I’m hopeful Riverdale will manage that balance. I know I’ll be checking out the pilot, at least.

But geez…poor Miss Grundy. Do well by her, Riverdale.