Casting news about The CW’s Riverdale has been coming out in drips and drabs. Now, it seems that the show has finally found its lead. Meet The CW’s Archie, everyone!

New Zealander KJ Apa will be playing Archie in the new live-action show based on the Archie Comics character and his friends. He’s joining Lili Reinhart’s Betty and Cole Sprouse’s Jughead in the series.

You may not be familiar with Apa here in the U.S., but New Zealand soap opera fans may know him from the long-running show, Shortland Street, where he’s played Kane Jenkins since 2014. His only other listed credit on IMDb is a Lasse Hallström-directed film currently in post-production called A Dog’s Purpose, which is scheduled for release in 2017, and stars Britt Robertson, Bradley Cooper, and Dennis Quaid. So being cast as Archie Andrews may be the thing that makes him a bigger star on this side of the world.

There are plenty of people who are already excited by the prospect:

This is the new Archie in the CW’s #Riverdale. Thank you, @RapaportCasting I approve. https://t.co/W0yzXYOzZT

In addition to Archie, the role of Josie (aka lead singer of Josie and the Pussycats) has been cast by actress Ashleigh Murray, whose biggest role to date was as “Female College Student” in an episode of The Following. 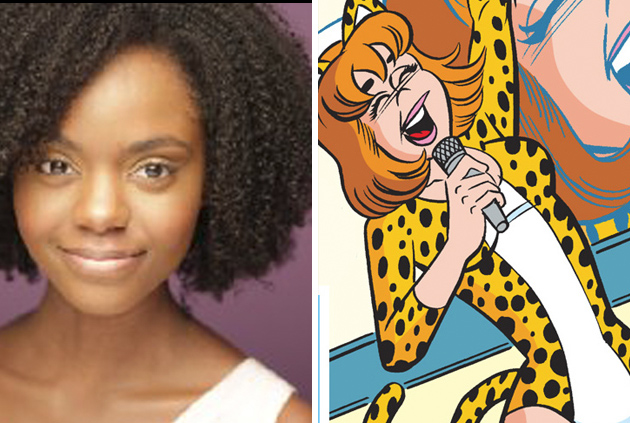 It’s pretty exciting to know that if this show is a success – and given the talents of the folks behind the camera, there’s no reason it shouldn’t be – that Riverdale will be the thing that breaks these actors. Exciting, too, is the fact that they cast a black woman in the role of Josie, rather than limiting the Pussycats line-up to the one black member (we love you, Val!).

Archie Andrews is an intense, conflicted teen, a boyish high school sophomore who got pumped up over the summer working construction and is now juggling the interest of several girls, as well as trying to balance his passion for writing and performing music — against the wishes of his father and his football coach.

Josie is a gorgeous, snooty and ambitious girl who is the lead singer for popular band Josie and the Pussycats. She has zero interest in recording any songs written by fellow teen Archie.

Oooh. I see some conflict on the horizon!

The most surprising casting news that completely passed me by? Luke Perry (who will always be near and dear to me as 1990s hearthrob Dylan McKay on the original Beverly Hills 90210) will be playing Fred Andrews, ARCHIE’S DAD. God, I’m old.

The casting news I’m still waiting for on the edge of my seat is the casting of Veronica Lodge – mostly because they’re aiming to cast a Latina in the role:

VERONICA LODGE | Producers are aiming to ideally cast a Latina as this “silver-tongued” stunner, who has just returned to Riverdale from New York following a scandal which resulted in her father going to prison. Extremely intelligent, self-confident and immediately popular, Veronica is eager to reinvent herself — from Mean Girl to caring friend.

I sort of flinched when I read the description of her at first – after all, “Latina bombshell” is not exactly new, and it’s troubling when Latinas are too often reduced to being the “hot and spicy” numbers that exist to turn men on (when they’re not playing the household help). Then again, this is Veronica Lodge. We expect her to be hot, mean, and then surprise us with stuff like, you know, a conscience and feelings. She’s a complex character – moreso than Betty, even though I think Betty and I would be besties, especially in the latest Archie title – and so it’s cool that a character like that will be played by a Latina.

I’ve come to trust Berlanti Productions. I dig their shows, and the way they subtly subvert expectations. With every show (Cisco Ramon on The Flash is one of the most awesome Latinx characters on television, and I love the entire West family; Supergirl‘s James Olsen is coming into his own and David Harewood’s J’onn J’onzz is phenomenal) they create characters of color without stereotyping and they are written with respect. I expect no less from Riverdale.