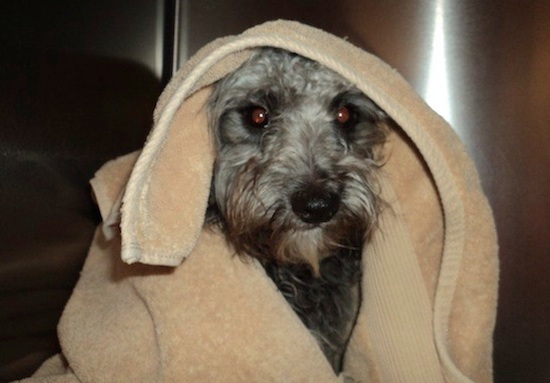 A train engineer in California is my new hero — and hopefully yours — for pulling the emergency brake on the train he was conducting earlier this month in time to avoid hitting a puppy that had been tied to the tracks by a 78-year-old man. The pup, dubbed Banjo by the animal shelter that has taken him in, is okay after his harrowing experience, though we assume he will bear a lifelong aversion to men with top hats and handlebar moustaches. Then again, who doesn’t?

Union Pacific Special Agent Sal Pina, who has a job that is apparently a thing, responded to the bizarre scene in Mecca, California, on the afternoon of April 2, and was the one untie the lucky pup from the tracks. He also interviewed the man who apparently tied Banjo to the tracks before trying to walk away from the scene, finding that the elderly man seemed confused and senile, and didn’t appear to understand the problem with what he had done. No charges will be pressed against the man, which is probably for the best, though we do hope whoever provides care for him will keep puppies out of his hands in the future.

After being taken to a nearby animal shelter, Banjo is doing well and up for adoption, and we hope that he finds a nice family to live with. Ideally one that has no intention of playing a rousing game of Snidely Whiplash with him at any point, because really, one round of that per lifetime is plenty.