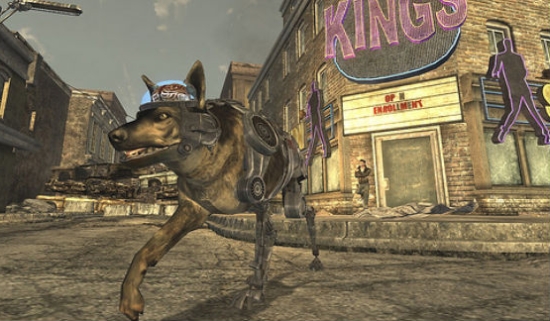 How do you pick the dogs that are chosen for military and law enforcement service? Training is an expensive proposition, so it’s in the best interest of everyone to only train those dogs that will do an excellent job. There’s nothing worse than a dud dog, even if that’s a thing I just made up. There’s still nothing worse than that. Thankfully, DARPA is looking into scanning the brains of dogs in order to determine which ones to train, which sounds an awful lot like something out of the Fallout universe.

DARPA believes that capturing images of the dogs’ brains while responding to specific handler cues could help weed out those that aren’t as reactive, to simplify it. Those that don’t skew towards specific tasks won’t ever be trained for that task. This should cut down on costs since the breeds used for these kind of tasks are very specific. Basically, it’d mean fewer failures and more successes.

It gets even better, though. The project’s titled Functional Imaging to Develop Outstanding Service-Dogs. That’s right. The plan to scan the brains of dogs in order to help determine if they’re going to be excellent for military and other tasks is called FIDOS. As if they weren’t already incredibly amusing, DARPA’s suddenly become a lot more so.

The plan’s still in research stage, so don’t expect to be hearing all about cool MRIs of dog brains at any point soon. Should it pan out, though, it would mean that training of dogs for therapy and other tasks would become a lot simpler. Fewer dud dogs is a winning proposition for everyone.

(DARPA via Wired, The Verge)