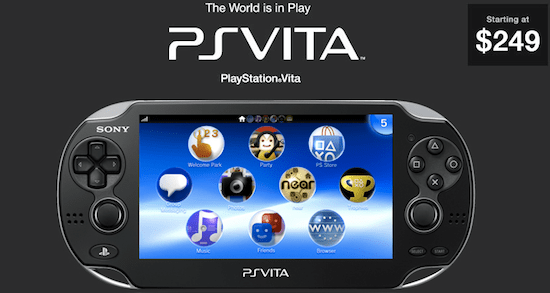 Sony announced the U.S. and European launch date for their follow-up to the PSP, the PS Vita. The PS Vita is set to launch in Japan in December, and will follow with its U.S. and European launch only a couple of months after, on February 22, 2012. Some may be disappointed that the PS Vita launch window will miss U.S. holiday season, but it’ll actually come as boon to those who are already going to be very busy and could use both a breather for themselves and their wallet. Notable franchises the system will be launching with include an original Uncharted, LittleBigPlanet, and Ultimate Marvel vs. Capcom 3.

The PS Vita will launch with two models: A Wi-Fi only model at $249, and a 3G (which still has the Wi-Fi, of course) for an extra $50, putting the model with fancier connectivity options sitting tight at $299. Sony has yet to slip word on the pricing structure for the 3G model, or if it’ll even be offered on multiple carriers as of yet, as I’m sure people who, for example, already pay a pretty penny for a data plan on Verizon would like to just roll their 3G Vita into that, rather than have to pay for a separate carrier and separate data plan. However, it wouldn’t be surprising if PS Vita owners had their own special 3G plan that is structured differently than phone data plans. One can only assume that we’ll get wind of the pricing soon enough.

Relevant to you interests