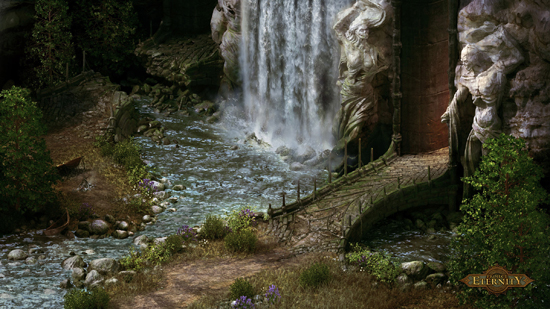 Ladies and gentlemen, Obsidian Entertainment‘s new fantasy role-playing game franchise is now officially the most funded video game on Kickstarter. As of writing, Project Eternity has eight hours left to go and has raised an impressive $3,568,295. That’s not even counting the money they’ve been given via PayPal in addition to the normal Kickstarter method. Their current official total puts them a few hundred thousand above the previous record-holder, Tim Schafer’s Double Fine Adventure.

Pledging your support for Project Eternity not only helps the game get made, it also reserves you – for $25 – a cheaper copy of the final game.

On top of that, anyone that pledges over $165 will receive a full copy of Wasteland 2. Two delicious games for what was originally just a Kickstarter for one game! Of course, the estimated delivery on that tier is April of 2014, but that’s just the nature of the system.