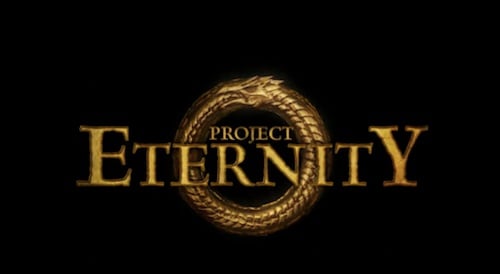 Remember when we told you that Obsidian, the developers behind Baldur’s Gate and the Fallout series, were raising money on Kickstarter for a new RPG made in the same isometric style as their most popular PC games from the ‘9os? Remember how they wanted to raise $1.1 million to “do this right”? Well guess what? They already did it! The Project Eternity kickstarter reached its goal in approximately 27 hours. I guess some people really liked Icewind Dale, huh?

On Kickstarter, Obsidian describes Project Eternity as a tribute to their special formula for PC RPGs:

Project Eternity will take the central hero, memorable companions and the epic exploration of Baldur’s Gate, add in the fun, intense combat and dungeon diving of Icewind Dale, and tie it all together with the emotional writing and mature thematic exploration of Planescape: Torment.

Nostalgia-driven projects like Project Eternity tend to do incredibly well on Kickstarter. Projects bringing back seemingly dead franchises like  Shadowrun and Wasteland have been among the site’s biggest success stories. One developer even managed to raise enough to give Leisure Suit Larry another chance.

While the Kickstarter craze has done wonders for raising cash to for these passion projects, we’re still waiting to see how many of them will make good on the promises they’ve made. As a well-known developer with a proven track record, putting money in Obsidian’s hands seems like a safer investment than most Kickstarter investments, but the reality is that just because the game has been funded, doesn’t necessarily mean it will ever see the light of day.

When we reported on Obsidian’s Kickstarter two days ago, the game had raised over $100,000. At the time of writing this post, Project Eternity has raised more than $1.302 million from 33,315 backers. Obviously, if you’re interested in supporting the game’s development, there’s still plenty of time to pledge some funding. The Project Eternity Kickstarter will be active for another 30 days, until October 16th.