How Progressive Cartoons Shaped My Feminism | The Mary Sue 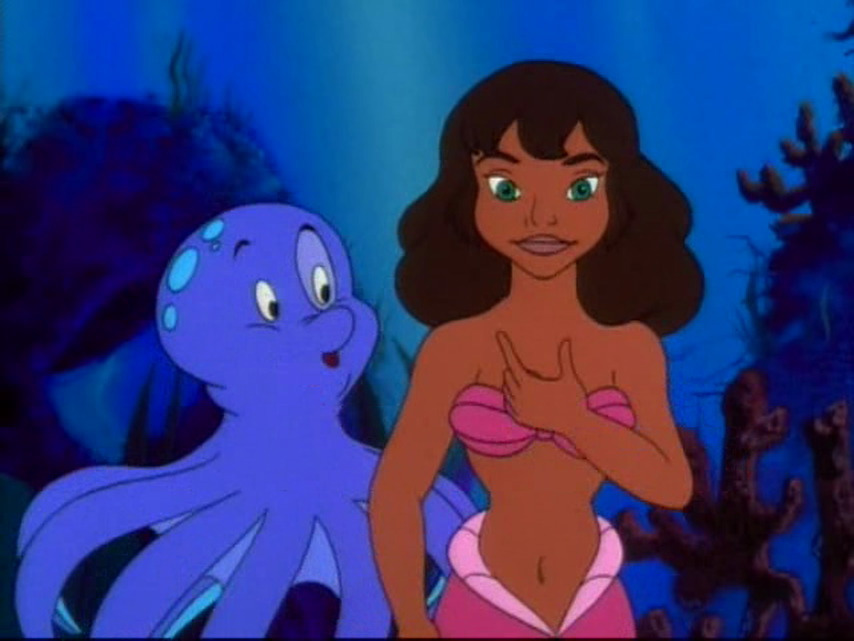 I don’t think any feminist voyage starts out perfectly; mine certainly didn’t. It took me years to realize that I was oppressed as a neurodivergent woman, and even longer to realize I had privileges as an able-bodied white person. It’s been a very topsy-turvy journey that has both empowered and humbled me.

From a teen who hated “political correctness,” to an intersectional feminist adult, I’m actually able to track my social justice journey with what cartoons I watched as the years rolled on. It sounds silly, but cartoons have always been learning tools, after all.

The first cartoon I remember ever learning anything social from was Rugrats. The show mostly dealt with low-key adventure and comedy, but every once in a while a nice progressive moral would peek its way in. One moment in particular was how the absence of Chuckie’s mother was handled. Chuckie didn’t grow up in a nuclear family setting; his mother died shortly after he was born, so understandably, he became confused about what he would do without his mom, and began actually searching for a new mother.

The heartbreaking episode Mother’s Day taught kids everywhere how lucky they were to have a mother in their life, and if they didn’t, then that was okay, too; as they were loved regardless of how small or large their families were. After Chuckie’s father talks to him about where his mother ended up (“When a gentle wind blows…When the long grass enfolds you”), Chuckie learns that it’s okay that she’s not there anymore, because she’ll forever look over him from above.

This may not be a particularly political message, but it did instill in me the idea that people were different from me, and that was okay. They had different types of families, different painful experiences, and I couldn’t treat everyone the same way. We don’t live in a vacuum is the main message I ended up taking away from Chuckie’s tale.

Similarly, The Little Mermaid prequel TV show had another message of diversity that has stuck with me ever since. I watched the movie version all the time—and I mean ALL the time, at least once a week—but the TV show didn’t get enough credit.

In one particular episode, we see one of Ariel’s mermaid friends: Gabriella, a deaf Latina mermaid. Gabriella was based on a real-life fan of the show who sadly passed away during its first season, but her memory lives on forever in this adorable animation. Gabriella taught the viewers about sign language, and that inclusivity matters. It’s not often that a cartoon shows great ethnic representation, so for a cartoon to have great disability representation on top of that is wonderful, especially for the time period in which it aired.

While I watched these shows, I heard the negativity from people around me all the time: “Why does she have to be deaf?” they’d say. “Why couldn’t she be a normal mermaid? And they only made her Latina out of a sense of political correctness.”

Still, I watched my cartoons, even though these nonsensical thoughts stewed at the back of my mind.

Next came The Proud Family, which is still a fan favorite to this day. The show was chockablock with great morals and great representation for African-American families. TPF hit on a ton of different social issues, such as the differences in class circles, education on disability, gender, and racial issues. One moment that really shines occurs in the episode Culture Shock, which centers around protagonist Penny’s interaction with a Muslim family.

Religions like Islam, and events like Ramadan, had rarely been—and still rarely are—covered by kids’ TV, so to actually see these characters in their cultural clothing and discussing their choices and guidelines for living was spectacular. As happy and warm as the episode is, it ends on a very sad note as Penny’s new friends become victims of Islamaphobia and have their house vandalized ruthlessly. Not only did TPF tackle such an underrepresented issue, but they also dared to show the truth about just how oppressed Muslim families are. 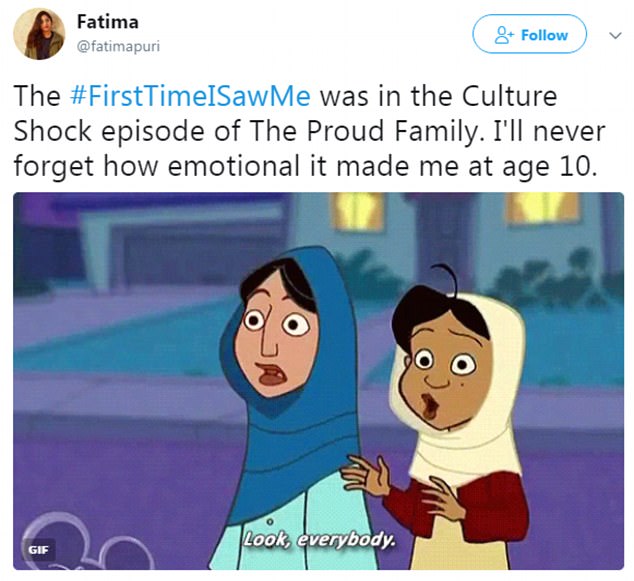 I’d never really been taught about the history of people of color or non-Christian religions; the most we learned in school was a couple of classes about ancient Egypt, and those were mostly about what hieroglyphs looked like. So to learn about another culture through a cartoon was awesome, even if those nay-saying voices around me picked up twice as hard.

“Why aren’t there more white people on the show? Now that’s racist,” the voices said. I was getting to the age were my mind was more like a sponge than ever, so they began to seep into my own attitudes. Maybe it did make sense, I began thinking. I liked how diverse this show was … but why weren’t there more girls that looked like me on it? Closed-minded thoughts of course, but they were deeply confusing at the time.

By the time I was a teenager, I’d discovered some cartoons that reflected the nonsense society had filled my brain with, but with a hint of what I thought was “common sense.” South Park, Family Guy, and American Dad became my go-to animated shows, and sources of social “justice.”

South Park, as much as this makes me cringe, taught me that freedom of speech was more important than comfort. I agreed that adding token black characters was “more racist” than having no black characters, and that “real” feminism was knowing that I was capable of doing what I wanted in life, without “attacking” men for it.

In other words, I’d been brainwashed, and I had become a libertarian fool.

It took a while, but after befriending people from marginalized spaces and joining sites like Tumblr that held regular feminist discussions, I began to realize that I needed to think for myself. I began to do statistical research, study sociological and psychological papers, and generally re-think my previous, bigoted arguments. On a mostly unrelated note, I also went through several years of therapy for my mental health issues, which really helped. It finally kicked in that I had been internalizing misogyny, as well as just generally being a closed-minded, selfish asshole.

At that time, TV stations like Cartoon Network and Disney had also gone through some progressive changes. After the popularity of Adventure Time, story boarder Rebecca Sugar had released one of the most feminist cartoons I’d ever seen: Steven Universe.

I can’t even think of another show that backhanded heteronormativity in the way SU does, or another show that represents so many different genders, sexualities, and races. Though the gems are technically genderless and raceless, there is obviously a clear implication with their designs; this implication makes it so easy for anyone to interpret their race, romantic orientation, and gender any way they like.

WlW representation is practically non-existent in kids’ cartoons, but many of the gems show clear attraction to each other, and it’s treated just as sweetly and as subtly as with the heterosexual attractions in the show. From the tasteful humor to the wonderful morals, SU is a social justice wonder, and not too shabby in terms of artwork, either.

On top of all that, The Legend of Korra revealed the first bisexual protagonist of a PG cartoon, and Bob’s Burgers showed the world that an adult cartoon didn’t have to rely on bigotry to be funny. I had evolved alongside animation, and it felt pretty good to see my own new values being celebrated on screen. But with every new show I see being aired, I still think back to the originals: The Proud Family, Rugrats, The Little Mermaid, Recess, Powerpuff Girls (well some of it), and so many more, and I think to myself, these new shows wouldn’t exist if the older ones didn’t lay the groundwork.

Cartoons obviously weren’t the main reason I turned away from passive bigotry, from judging people unfairly, but they did help me set a foundation for what I’d become. My feminism is not perfect; I’m pretty sure I’m still uneducated about things I shouldn’t be, but I’m trying. Although, it’s not about me—I’m just using my own life as an example to why progressive cartoons are so important.

Kids learn from people they trust, from what entertains them, so if putting some good, peaceful values into our art can help them, then it’s well worth it. Micro-aggressions such as “Disabled people just want special treatment,” and “Women are complaining about nothing, they’re already equal” will trickle down into a child’s subconscious into something much more active and dark. “Women need to shut up” over time can lead to “I’ll make them shut up.”

I’m thankful that I could learn about diversity and human rights in such a heartwarming way, and that so many people get the representation the deserve. Let’s hope the next generation of kids’ media goes even further for social justice.

Stephanie Watson is a feminist journalist from Scotland. She is mostly found cuddled up in her room working on a new article, writing fiction, or watching beauty YouTube videos. You can find more of her work at Fembot, HelloGiggles, and YourTango, or watch her tweet via @Stephie__Watson.