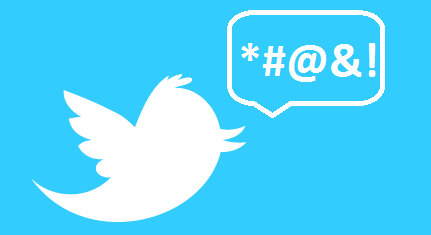 There are a lot of ways to get in trouble in high school and, unfortunately, high schoolers tend to be prone to getting in trouble. Between things like skipping class, senior pranks, general goofing off, and skipping class, I think it’s fair to say most of us got in some kind of trouble or another. It takes a lot to get expelled though; that’s reserved for the real neer-do-wells, right? Apparently not at Indiana’s Garrett High School, where Austin Carroll — a senior just three months from graduation — was expelled due to the school’s overzealous tweet monitoring for tweeting the most harmless kind of profanity from his personal account.

Expulsion for a tweet sounds a little extreme, but maybe we need to consider the tweet itself to get a good feel of what actually happened. Maybe it was directed at officials? Other students? Maybe it included a racial slur? Violent or sexual undertones? None of the above. While the tweet did use everyone’s favorite f-word, it didn’t have any targets; Carroll was simply illustrating and praising the word’s remarkable grammatical versatility. The tweet went a little something like this, albeit without the asterisks:

“F**k is one of those f**king words you can f**king put anywhere in a f**king sentence and it still f**king make sense.”

Can you think of a less offensive context? Of course, there are mitigating factors. The reason this tweet apparently warrants punative action, despite being issued from a private account, is that it was allegedly tweeted from a school computer. As it turns out, Garrett High School has a system that tracks accounts logged in on their computers. Now, the school may have a vested interest in keeping an eye on what students use their computers to do, but what their students say privately is a different matter.

But was it even done at school? All signs point to no. The Journal Gazette reports that the offending tweet was sent at 2:30 A.M., which Carroll claims is accurate. Garrett High School even seems to accept this as a possibility as well; their principal has admitted that “their system tracks all the tweets on Twitter when a student logs in, meaning even if he did tweet it from home their system could have recognized it when he logged in again at school.”

Maybe someone should get that fixed, no?

From the sound of it, Carroll is not fighting the expulsion for whatever reason, and has found an alternative school from which to graduate on time and receive his diploma. But still, the whole thing raises a lot of questions. To an extent, I can understand the school’s desire to monitor tweets — in case someone should announce intent to harm or make libelous statements about staff or something — but there are two glaring problems with this particular instance.

First of all, the school is effectively punishing Carroll for private speech that seems to have taken place after school hours and off school grounds. They have just about as much stake in what he says in those circumstances as they do in what he says after graduation.  Secondly, the punishment is for profanity. Plain, vanilla profanity with not so much as the slightest sprinkle of the more dangerous seasonings that usually accompany it, like malice, intimidation, or even sexual content. And even if it had, when was the last time you heard of a high school student expelled for swearing in the halls, or with his friends, or on his blog, or at his parents, or at the corner of a desk after he stubbed his toe? It’s absurd.

“I just want to be able to go back to regular school, go to prom and go to everything that a regular senior would get to do in their senior year,” Carroll told Indiana NewsCenter. And who can blame him? The kid just made a mistake, if that. Is anything he did really worth a suspension much less an expulsion. I mean, for f**k’s sake.