Swapping a wire for convenience, but is it worth it? 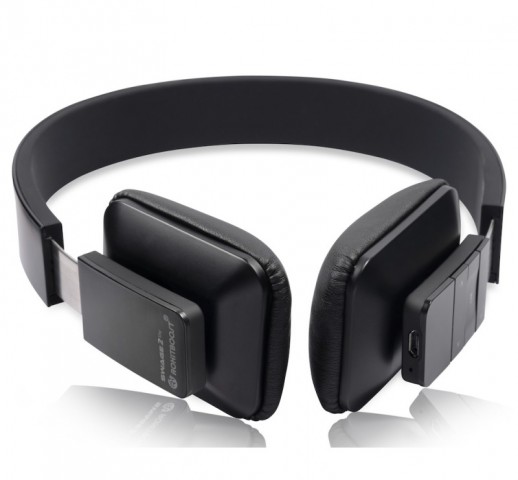 Rokit Boost sent us a pair of their Swage 2 Bluetooth headphones to review. They’re simple to use, and surprisingly affordable compared to some other Bluetooth headsets we’ve seen. That’s not to say they’re not without their drawbacks.

The biggest advantage to the Swage 2 is the lack of wire going from the headphones to whatever device you’re listening to. Bluetooth can be a really convenient option, but it still has some problems. These aren’t exclusive to the Swage 2, but they’re worth mentioning. If you’re using Bluetooth headphones for one device then it’s basically just a matter of pairing the two devices once, and you should be set. But if like me, you’re swapping between devices there’s an extra step involved to reconnect the headphones to whatever device you’re using.

Primarily I was swapping between using the Swage 2 on my phone and my laptop. When going from laptop to phone I had to open the Bluetooth menu and select the Swage 2 from my paired device list. After that it takes a few seconds before I hear the beep telling me they’ve connected. It’s not exactly a difficult or lengthy process, but it takes longer than simply plugging into my phone’s headphone jack — though it takes a lot less time than untangling my earbuds.

The tradeoff in taking a few extra seconds to reconnect the headphones to my phone is that my phone isn’t then tethered to my head with a wire, and I found that to be a very freeing experience. The range between the Swage 2 and both my laptop and phone was impressive enough that I could walk around my office or house (both fairly small compared to other offices or houses) without losing signal as long as there was a clear path between myself and the device. Bluetooth doesn’t seem to travel well through things, and it was easy to lose signal if something came between me and my device.

This lead to the most surprising and disappointing drawback. I would often lose signal while wearing the Swage 2 and carrying my phone in my left pants pocket like I normally do. I myself am apparently enough of a barrier to block the signal between my right ear (where I believe the antenna is located, as that’s where the controls are) and my left pants pocket. (A distance I’ll estimate to be about a meter.) Even if I moved the phone to a front shirt or jacket pocket I would lose signal  if I happened to turn my head sharply.

Holding the phone out in my hand while walking stopped the signal loss for the most part, but I don’t necessarily want to walk around holding my phone. Then less you move with the Swage 2, the better the reception is going to stay.

Obviously, longer battery life would be nice, but the power on the Swage 2 drained in a pretty reasonable amount of time where I don’t feel I have to constantly be charging the things.

The Swage 2 have a bit of an odd design. They’re not really over-the-ear or on-the-ear as much as they are pressed-up-against-the-ear. The padded speakers are cushioned enough to stay comfortable for a short time, but after extended periods of use my ears became a little sore. That’s probably exacerbated by the fact that I wear glasses. After wearing the Swage 2 for more than about an hour my ears felt pinched between the headphones and the stems of my glasses.

Thankfully, that’s about the maximum amount of time I’d be wearing headphones anyway, so it’s not exactly a deal breaker. Still, I’d much prefer a cupped over-the-ear design.

The Swage 2 are not the best sounding headphones I’ve used, but they’re far from the worst. I think the padded speaker design plays a part in this, as it doesn’t do much to block out other sounds. For the price, I’d say they sound better than you might expect. Whether listening to podcasts or music the sound is clear and doesn’t come through sounding distorted. They sound better than the cheap replacement earbuds I sometimes use, but not quite as good as the Bose over-the-ear headphones that I’d currently call my favorites.

Rokit Boost lists the Swage 2 on their site right now for $54.99, which places them firmly in the middle of the road as far as headphones are concerned. It’s also one of the best things the Swage 2 have going. If I purchased a pair of Swage 2 headphones, then I’d be willing to forgive almost any of my complaints about them at that price. (The loss of reception while walking with my phone in my pocket would still be a sticking point though.)

The Swage 2 has a built-in microphone so you can answer calls in the event that someone interrupts whatever you’re listening to. It works well enough that you can explain you’re using a Bluetooth headset and that the person on the other end of the call should hold on a second while you switch it off so you can speak into the phone normally.

There was a lot of repeating words and “you’re breaking up a bit” during the test calls I tried making with the Swage 2. Still, I suppose a microphone is better than no microphone, but don’t expect to be using it much.

Most of the drawbacks to the Swage 2 are just inherent drawbacks to any Bluetooth headset, and for the price you can’t beat it. If you’re looking for wireless headphones you plan to get light to moderate use from, you’ll probably be very happy buying these. If you’re a heavy headphones user or a picky audiophile then you may want to look elsewhere for something more comfortable with some higher-end sound.