[Product Review] Goodbye, Samsung Galaxy Note 3, You’ve Ruined All Other Phones for Me You Beautiful Machine

It's normal to cry when you send back a review unit of a phone, right? 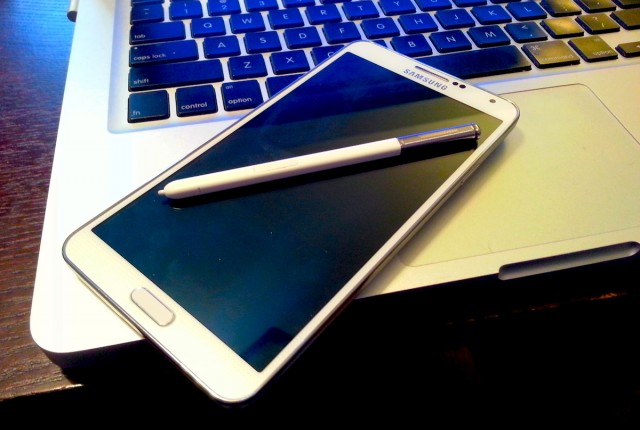 Three weeks ago, Samsung sent me a review unit of their giant Galaxy Note 3 “phablet” (Please. Someone come up with a better word.) Today I have to send it back, and it’s breaking my heart. The Note 3 is a wonderful device. Here’s why.

Yes, the Note 3 is huge. The screen measures 5.7 inches, and at a resolution of 1920 x 1080, it’s beautiful. It dwarfs my Galaxy S3 and makes holding an iPhone feel like you’re playing with a child’s toy. Not everyone wants such a large device, but the phablet market has grown enough to prove that many people do. I am firmly in the camp of believing bigger phones are better phones and wouldn’t turn down an even larger option if it were available. If someone made a nine-inch tablet that reliably made and received phone calls without workarounds like Google Voice, I’d be on board. I don’t think I’m alone.

The Note 3’s display is big enough that watching video on it is not a ridiculous proposition. It doesn’t feel compromised or small, and while I certainly won’t start using it to replace my television with any regularity, it’s a much better option than my S3 when my wife is watching something on the TV.

Trying to navigate the phone one-handed is a challenge. I have large hands, and without actually doing the geometry on it, I would say I can comfortably reach about 75% of the total screen area with my thumb one-handed; 80% if I stretch. That was a point of contention for some people I’ve spoken to about the Note 3, but I personally don’t mind having to use two hands, or better yet using the S-Pen stylus.

Not everyone wants a stylus on their phone. I know this, because in the three weeks I spent with the Note 3, I got a lot of comments on it. Mostly it was people telling me how huge it is. They expressed concern about how they wouldn’t know how to carry it, or whether or not it would fit in their pockets. I had no trouble fitting it into the front pocket of any of the pants I own. If you’re a proponent of skinny jeans, your results may vary. (If I may digress for a moment, dress pants are the best pants.)

Many people commented on the stylus and how they didn’t see the point. These people, frankly, are silly.

Why would you want to be constantly smudging up your screen with your fingers when you could be using a stylus? That alone should win people over, but the S-Pen does more than simply replace your filthy little finger — it adds features.

When you remove the S-Pen from the phone, there’s a popup menu of features for the stylus called Air Command. You can make a quick note, draw a window to open a new program like the calculator without getting out of the app you’re in. There’s also a scrapbooking feature, which I played with a bit but don’t really see myself using much. The S-Finder option is a quick way to search your device, and there’s Screen Write, which is exactly what it sounds like. You can write and draw on your screen. It’s a great way to markup your friend’s latest Facebook profile picture, or to make it look like your daughter has heat vision. (See example below.) 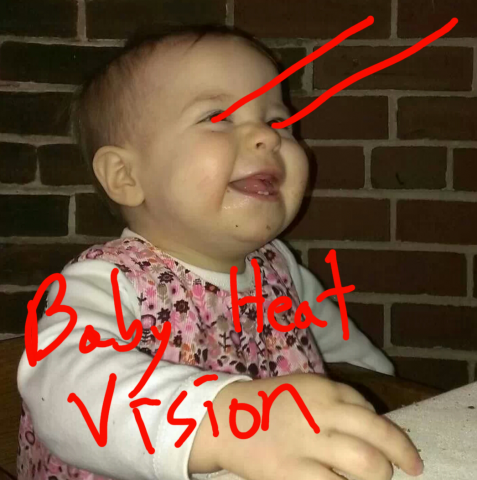 As you can probably tell from the above image, my handwriting is abysmal. Even so, the Note 3 and S-Pen did a surprisingly excellent job of recognizing my writing. It wasn’t perfect, but I’m willing to believe the problem lies in my writing and not the Note 3’s ability to convert handwriting to text. How useful this feature is may be debatable, but it works very well.

Users have the option of replacing the on-screen keyboard with an area in which they can write. That writing gets converted to text. The conversion is usually accurate but isn’t fast enough to keep up with the speed at which I write. Slowing down to match the speed at which it can convert text is definitely slower than typing with your thumbs. What I found to be a nice hybrid was to use the S-Pen while Swype was activated as my keyboard. It felt like writing and didn’t slow me down at all.

There is a button on the S-Pen which is placed in such a way that I ended up hitting it more by accident than on purpose. When tapped, the button brings up the Air Command menu, but it seems like that could be done better, given the number of times I brought the menu up accidentally.

The S-Pen is pressure sensitive, which is good news for anyone hoping to draw on the phone, and apps like SketchBook make that an enjoyable experience. Samsung claims the S-Pen has 1024 levels of pressure sensitivity, but having used it, it doesn’t seem that sensitive or fluid. There’s a change when pressing firmly versus softly, but it’s not as ranged or noticeable as I had expected. I used the Note 3 to draw this picture of Geekosystem Associate Editor Dan Van Winkle. 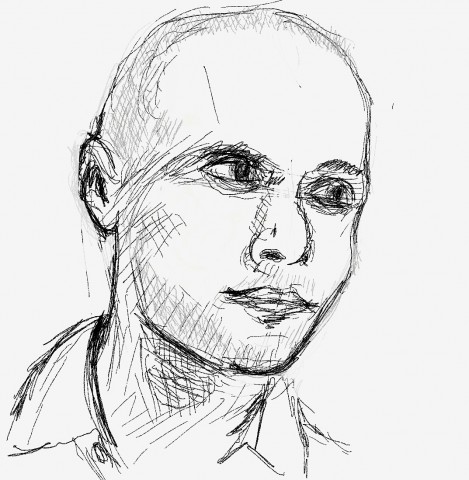 With the exception of the first few days with the phone where I could not put it down or stop playing with it, the 3200mAH battery lasted through a full day without needing to be charged. With heavy, near-constant use when I first got it, I drained the battery fast enough to need to charge it by the end of the work day.

Android 4.3 comes installed, as well as Samsung’s various camera features. That includes their eye-tracking technology meant to scroll automatically when reading, or to pause video when you look away from the screen. After enabling these features, they never seemed to work quite as well as advertised. The Smart Pause feature paused if I physically turned my head away from the screen, but not with simple eye movements, and the Smart Scroll option did nothing. This could be a product of my wearing glasses, but these features seemed pointless and gimmicky to me anyway, so I didn’t spend much effort to try to get them to work.

As for the camera, the Note 3 can shoot 4K video, which most people will have to take Samsung at their word for, since 4K displays aren’t that common. Here is a video shot with the Note 3 showing a baby playing with a window.

The 13 megapixel still camera took beautiful pictures and had useful, easy to use editing options. Here’s a side-by-side comparison to show the original (left) and a quickly edited version (right).

Low light conditions usually resulted in a blur, more so than my Galaxy S3, and the flash suffers from the same problem of all mobile phone camera flashes of being terrible. There are various shooting options, but navigating through them on the menu is a bit more of a hassle than it probably needs to be.

The 2 megapixel front-facing camera is much better than the one the Galaxy S3 and takes surprisingly decent photos. 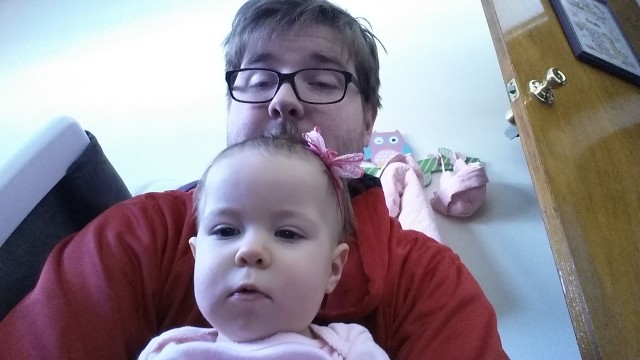 Another feature for the Note 3’s enormous bright screen is that it does a great job of holding an 11-month-old baby’s attention.

During the three weeks I had to test the Note 3, I happened to be doing some traveling. Where I would normally bring my laptop, I decided to leave it behind and see how the Note 3 held up as my primary device for a few days, and it performed admirably. Not that I would want to use it for something like writing a nearly 1,500 word phone review, but for casual Internet use and even some rather lengthy emails, I was able to use the Note 3 without missing my full-sized laptop.

The screen might be a bit too small to make pairing the Note 3 with a bluetooth keyboard and using it as a makeshift computer a practical solution, but it’s an option.

As it compares to any other phone I’ve ever owned or used, the Note 3 is a clear winner. Some people will be turned off by the phone’s size, and that’s fine. It’s not for everyone, but for anyone comfortable carrying a six-inch device with them everywhere they go and using a stylus, you can’t beat the Note 3. It truly takes the best aspects of a phone and a tablet and combines them into a near-perfect device.

I will miss the Note 3 review unit Samsung sent me in a very real way and can’t wait to be able to upgrade from my S3. We don’t really do “X out of X Things” ratings for products on Geekosystem, but if we did the Note 3 would get all of the X’s. 10 points to Samsung.

(via Samsung, images my own)