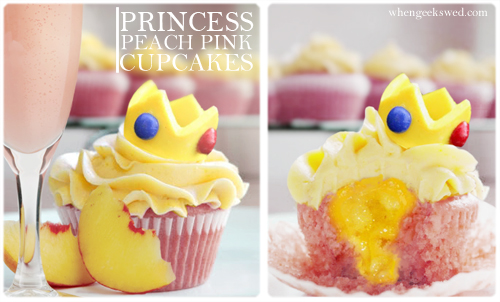 These are made with peach flavored cupcake batter, filled with peach filling (using real peaches), but, oddly enough, do not feature peach flavored icing. Then they get tiny crowns. Which is probably two steps past the point at which I would give up on completing any of them and just eat the whole batch.

Face it: these cupcakes are more regal than you. Probably sweeter, too. Learn how to make them here.

(When Geeks Wed via That’s Nerdalicious!.)