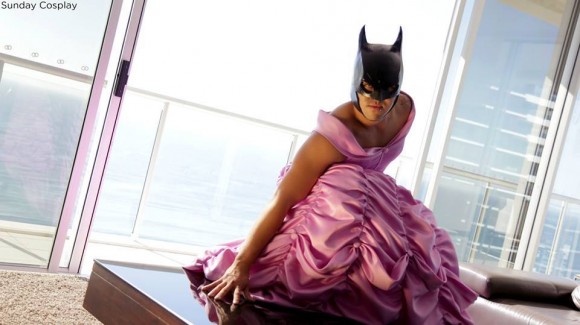 If you spend way more time on Tumblr than you should (*raises hand*), you may recognize Sunday Cosplay‘s outfit as being based on a popular illustration that’s been making the rounds since time immemorial. If you manage to avoid the maw that is Tumblr: Look, it’s Batman in a froofy pink dress!

Hit the jump for another pic. 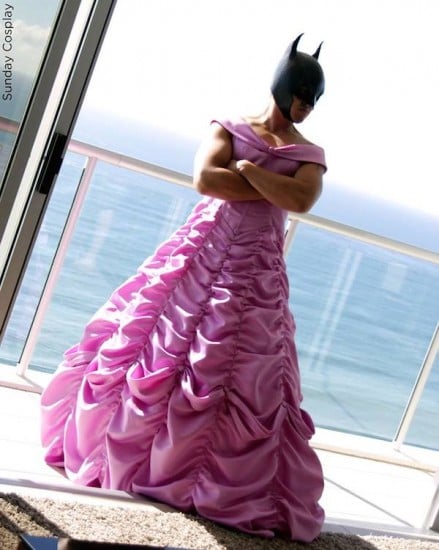