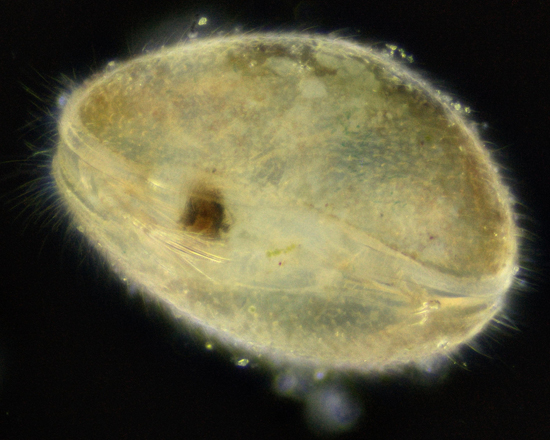 We’ve discovered evidence of fossilized sperm before. Let that soak in for a moment. Now paleontologists have found what’s being described as the “richest” evidence of fossilized sperm to date. The evidence was discovered in a large batch of prehistoric ostracods — which makes sense as their sperm can end up ten times as large as their body. Overall, it’s a great time for science, don’t you think?

Ostracods are tiny crustaceans that resemble shrimp and notably still exist today. The find is a cache of these little critters from between 14,000 and 10,000 years ago that was found in the Southern Carpathian Mountains of Romania. The group was intrigued by the first signs of evidence for fossilized sperm that they decided to take a closer look. After careful study, the paleontologists concluded that between five to ten percent of the fossils showed some evidence of sperm. It gets even more interesting though.

Due to the distinct differences in sperm found, one specimen is neatly arranged in an area whilst another is messy and dislocated, the group determined that the sperm they were looking at in this great big pile was actually present in both the male and female of the species. According to Wired, this is the very first time evidence of sperm has been found preserved in both sexes.

The poor little things died either while mating or immediately afterward. Either way, not a happy ending.