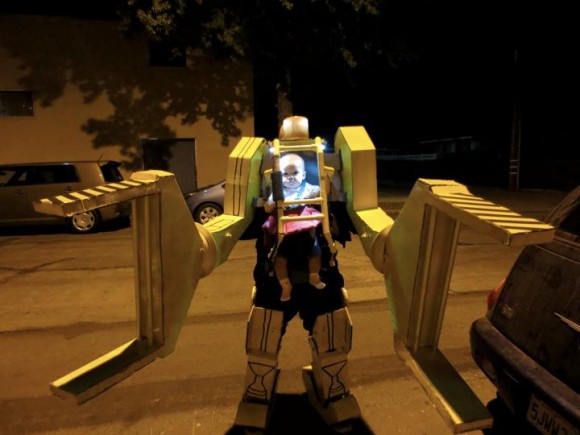 Redditor rdt156 snapped this picture of his buddy’s Halloween costume, which was put together in three days. I bet the baby’s costume took even longer! According to rdt156, “She was super content. Loved all the attention and didn’t make a peep. When it was baby bedtime, mom took her home and he swapped her out for a stuffed monkey.”