We Might Possibly, Maybe, Get a Live-Action Star Wars Series on ABC 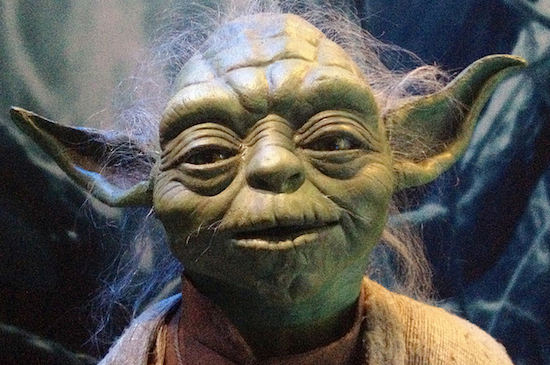 Lucasfilm has been teasing us with a possible live-action Star Wars television series for so many years that it’s difficult to even remember when the announcement was first made. What we do know, though, is that every time we’re given a glimmer of hope, we always get the shaft and end up with something like Star Wars Detours. This string of disappointments may finally come to an end since it’s been reported that ABC, which is a Walt Disney Company affiliate, is considering to at last bring the galaxy far, far away to the small screen.

Eager to start capitalizing on the immense money-making potential of the Star Wars franchise, ABC Entertainment president Paul Lee spoke with Entertainment Weekly regarding the network’s future plans to hopefully turn a concept into a reality:

We’d love to do something with Lucasfilm, we’re not sure what yet. We haven’t even sat down with them. We’re going to look at [the live-action series], we’re going to look at all of them, and see what’s right. We weren’t able to discuss this with them until [the acquisition] closed and it just closed. It’s definitely going to be part of the conversation.

Years before Disney’s acquisition of Lucasfilm and its intellectual properties, the studio’s producer, Rick McCallum, was tasked with production duties for the live-action Star Wars series. 50 scripts were written, including one by Battlestar Galactica’s Ron Moore, which regrettably never saw the light of day — a fact that even now causes rampant cases of heartache among geeks everywhere — due to budget constraints and issues regarding Lucasfilm retaining ownership of its IPs.

Now that Lucasfilm has found a place in the Disney family, the studio finally has the assets and numerous broadcasting outlets to launch a Star Wars series without the loss of any ownership rights. Still, Lee believes that the development of this ambitious project won’t be a straightforward affair, with the show’s direction ultimately falling in Lucasfilm’s creative hands:

It’s going to be very much up to the Lucasfilm brands how they want to play it. We got to a point here with Marvel, a very special point, where we’re in the Marvel universe, and very relevantly so, but we’re not doing The Avengers. But S.H.I.E.L.D. is part of The Avengers. So maybe something oblique is the way to [approach the Star Wars universe] rather than going straight head-on at it.

At this point it’s mere hearsay, but word is the Star Wars series will be taking place between the prequel and main trilogies of the saga, a point in continuity that — aside from the comics, books, and video games — tends to be overlooked by television and film media. Additionally, the overall story may center around a bounty hunter living in the seedy urban underbelly of Coruscant, similar in design and tone to the upcoming video game Star Wars 1313.

Again, we really shouldn’t be getting our hopes too high, but in comparison to previous coverage on a live-action Star Wars series, what we have now just might be the most reassuring piece of news to date.