Does This Fabric Ad From a 1974 Issue of Vogue Look Familiar to You? 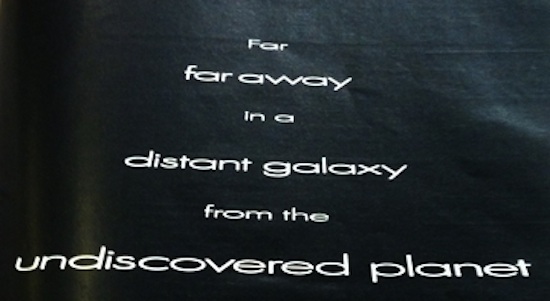 This photo is purported to be a full page ad from a 1974 copy of Vogue magazine, and we don’t think we’re alone in being struck by something naggingly familiar about it. Oh, yeah — it’s an ad for a new kind of fabric that is also totally the iconic opening passage of Star Wars, produced a full 3 years before the prologue to the film scrolled down theater screens and into our hearts. Keep reading for the full picture, which gets even weirder. 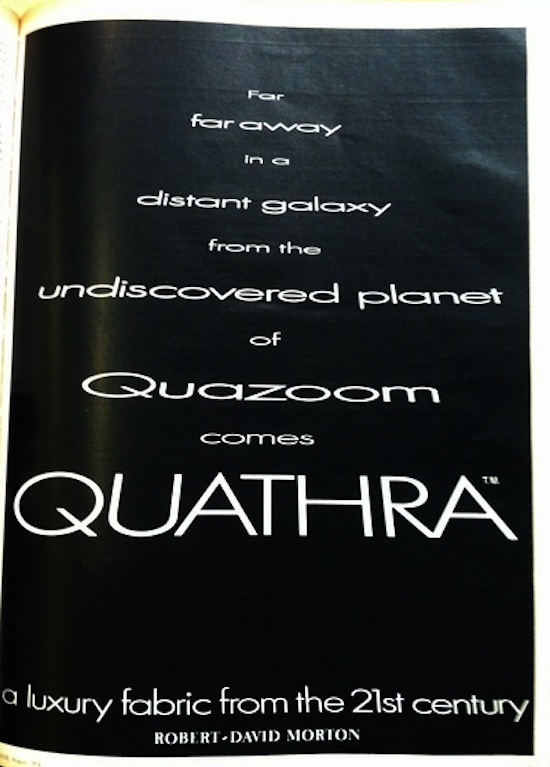 Yep — it would certainly appear that the prologue to Star Wars took its inspiration from a Vogue ad for what looks to be a new brand of synthetic fabric. So there’s that. We’re still looking into this one to verify it — luxury fabric or not, QUATHRA apparently didn’t exactly catch on and doesn’t turn up much in a cursory web search — but it appears that Robert David Morton was in fact a dress designer of some note in the 1970s, so we’re going to go with it passing the initial sniff test. It appears that whoever designed this ad for him also designed one of the most instantly recognizable opening sequences in cinematic history — if only inadvertently.