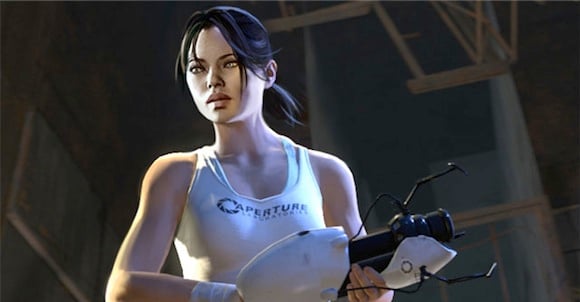 A blogger named Gordon Knott has a really amazing idea. He’d like to put together a live stage show based on the video game Portal. He sees it happening in the style of Cirque du Soleil in Las Vegas and would have an initial budget of $25 million. There’s just one problem – he doesn’t have $25 million.

For the record, Knott is also open to this idea taking form in Universal Studios or Disney, too. Here’s how he described the show on his blog, “A theme park style stage show featuring characters and situations from the video game PORTAL and PORTAL 2. The game features portals, Chell, robots, GLaDOS, amazing stunts and possibly cake. Similar to ‘Cirque du Soleil,’ only enjoyable.”

Hey, I find Cirque enjoyable! But I digress, Portal is infinitely cooler. Here’s the breakdown:

A fan of The Ricky Gervais Show, huh? Knott says each show will only last around 25 minutes in order to get more people in and out each day and he guesses this will cost around $25 million to get up and running. “This is a one off fee to develop and build the first set. After that we can replicate it at theme parks around the world for a fraction of the price,” he writes. He hopes to break even after two years with the right merchandising and for an idea of what this all would actually looks like, Knott references the fantastic Portal fan film, Portal: No Escape.

Yes, it’s a pipe dream but a really neat one if you ask me. I would add that the audience should be promised cake at the end of the show but must exit through dirty tunnels in order to find it. Would you pay money to attend?