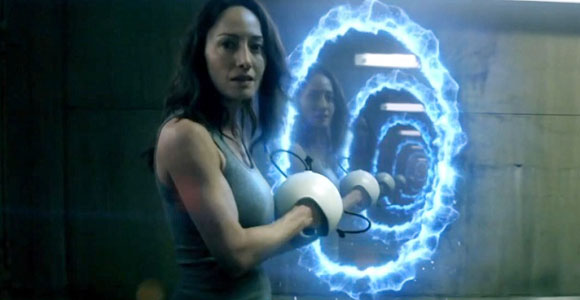 I’m hard pressed to even call the Portal short director Dan Trachtenberg made a “fan film.” It was top-notch quality in both aesthetics and story and it seems the film industry agrees.

Run by Jeff Schroeder of Brillstein Entertainment Partners, Aaron Schmidt of Langley Park Pictures and Partrick Chu of Montecito Picture Company, Viewfinder Frames “shift through an endless stream of videos that are submitted to us or found online to bring you the best and most current short films, music videos, and/or commercials that should matter to our industry and serve as inspiration for other directors.”

Deadline says, “the entertainment industry survey which polls studio executives, producers and creatives for their top 10 short films, commercials and/or music videos. Much like The Black List, the Viewfinder List recognizes short form video content and the up and coming helmers responsible for it.”

This year, the live-action short film, Portal: No Escape, has topped the list with 24 votes. If you haven’t seen it yet, watch it now. Even if you don’t play the video game it’s based on, it’s a really spectacular thing to watch.

Bubble Boy by Kealan O’Rourke came in second with 17 votes. Also on the list? That amazing Dead Island commercial by Stuart Aitken and the Star Wars Volkswagon commercial, The Force by Lance Accord. You can see the entire list on Viewfinder’s website.

Deadline mentions that several people on last year’s list wound up with industry jobs so this is a pretty big opportunity.