The Next Portal 2 DLC Will Be an "In-Game"Editor 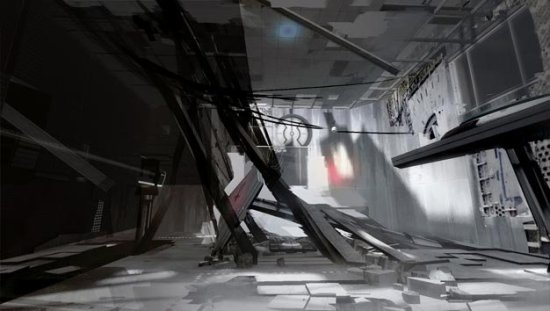 Earlier this month, Valve released the first batch of Portal 2 DLC. It was free, and largely centered on everyone’s favorite adorable cooperative robots. If you’re wondering what Valve has up their DLSleeves, it isn’t some new scenarios or some kind of epilogue, but an “in-game editor,” which means they are releasing infinite levels forever. Sure, most of them will be in the shape of penises, and some will exist specifically to frustrate players, but anyone who plays games with level editors, like LittleBigPlanet or StarCraft II, knows full well that some of the armchair level designers out there are as talented as the developers themselves. So, there’s a lot to look forward to. Not just penises.

If you’re worried about sifting through all of the crap to get to the brilliant, Valve will be introducing community elements to the DLC as well, allowing players to vote on levels, which surprisingly, ends up actually differentiating the crap from the brilliant more often than not. For those who are a little sore that the first batch of DLC was largely focused on cooperative play, the level editor will allow both single and multiplayer levels, so that’s more good news. The DLC is targeted to release sometime early next year.

Check out the press release after the break, and spend your Friday night thinking with portals.

October 21, 2011 – Valve, creators of best-selling game franchises (such as Half-Life, Left 4 Dead, Team Fortress, and Counter-Strike) and leading technologies (such as Steam and Source), today announced the second game add-on for the year’s highest rated multiplatform game, Portal 2, is in development and targeted for release early next year.

This major update will feature an easy-to-use in-game map editor that will let users design, build and share their own single-player and co-op test chambers with the community, who will be able to view, play and vote on them with a simple click.

Portal 2 was released April 19, and currently holds a Metacritic score of 95%, making it the top-rated multiplatform game of 2011. Its first content update, “Peer Review”, came out two weeks ago.

A hilariously mind-bending adventure that challenges you to use wits over weaponry in a funhouse of diabolical science, Portal 2 features expansive single and cooperative multiplayer game modes. For more information on Portal 2 and its downloadable content, please visit http://www.thinkwithportals.com.