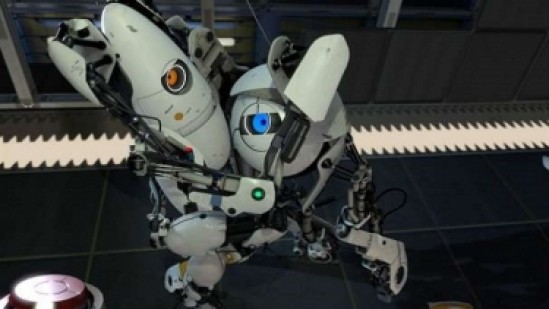 Valve has announced that the long-awaited free co-op DLC for Portal 2 will be releasing next week, on October 4. The pack, entitled “Peer Review,” will be launching on PC, Mac, PlayStation 3 and Xbox 360, and if you missed it before, will be free. Players will resume the role of P-body and ATLAS, everyone’s favorite adorable, emotive Aperture testing robots, and the story will apparently pick up where the co-op campaign left off, which, for anyone who played the co-op campaign all the way through, will know why that is a little confusing.

The expansion will also include a new Challenge mode for both co-op and single player, and will throw a leaderboard into the mix to keep it competitive. In case you were nervous about it, GLaDOS will be back to guide and antagonize our two robotic heroes through the pack, so we can once again be soothed by the dulcet tones of a murderous, lying computer.