My Little Pony Doctor Who Plush Toy | The Mary Sue

I’m So, So Sorry But You Can’t Have This My Little Pony Doctor Who Plush 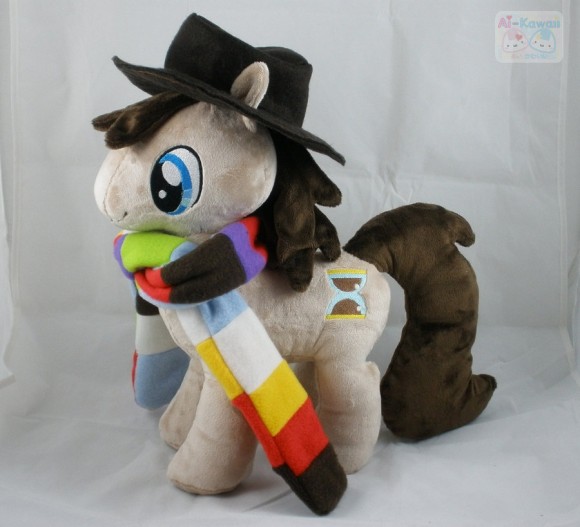 That’s because it was a custom commission created by DeviantArt user LiLMoon. If it looks familiar, you might be a viewer of My Little Pony: Friendship is Magic, and know of Time Turner (aka Doctor Whooves), but you might have also seen Amy Mebberson’s variant cover for Katie Cook’s My Little Pony comic from IDW.