Archaeologists Unearth Remains of Man That Tried to Reason With Volcano, Turned Out About Like You’d Expect 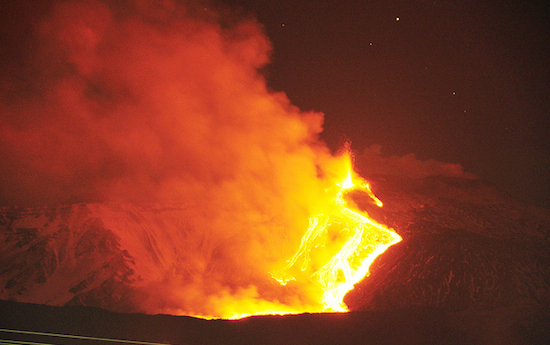 The expression “don’t negotiate with terrorists” certainly didn’t exist in sixth century Japan, but something more along the lines of not trying to reason with volcanoes is a likely possibility. Archaeologists uncovered the preserved remains of a man clad in armor, at a site they’ve dubbed the “Pompeii of Japan,” who they believe died attempting to beseech an erupting volcano to maybe, y’know, not rain down fire and ash on his people. Going by what he was wearing at the time of his death, analysts guess that the man counted himself among the upper castes of Japanese society, though they’re still debating whether he was an incredibly brave soul or just one of the many people throughout recorded history that have made huge mistakes.

The remains were found in the Kanai Higashiura dig in Gunma prefecture, near Mount Haruna — a volcano that had covered the surrounding villages and people under layers of ash in a similar vein to Pompeii. While the armored gentleman was of a higher station in society, apparently trying to defuse a force of nature’s temper tantrum fell on his list of responsibilities, according to archaeologist Shinichiro Ohki of the Gunma Archaeological Research Foundation. “Maybe, if he were someone of a high position, he might have been praying, or doing something in the direction of the volcano and attempting to appease its anger,” said Ohki.

To put it another way, don’t be a man of extravagance and influence, because for all the fine food and beautiful women, you’ll eventually meet your painful end under a searing pile of volcanic ash.

Also found near the remains was the partial skull of an infant, and now archaeologists are working to find out if the small child had any relation to the man. If they are indeed family, then this was no doubt the worst “Bring Your Child to Work Day” ever. Last words being, “Don’t tell your mother.”

(via Discovery News, image via gnuckx)